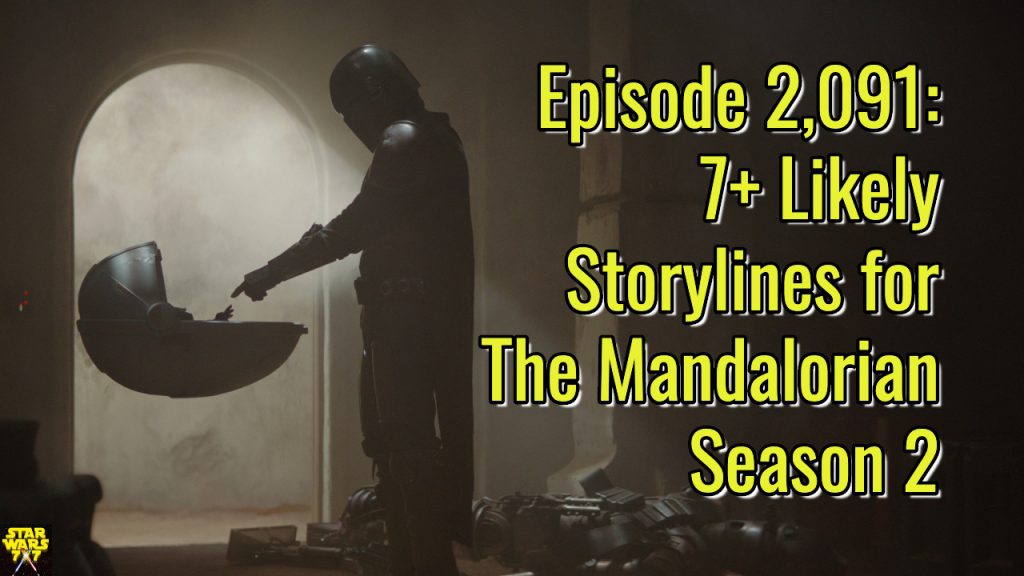 The Mandalorian ended season one with a lot of storylines to pursue – some more obvious than others, of course. On today’s episode of the show, I’ll start by exploring the not-so-obvious ones, and then leading into the most obvious ones of all.

Along the way, we’ll also be exploring the possibility of appearances by other characters not named Ahsoka Tano (since we’ve kind of gone there already). Yes, Luke Skywalker himself is on this list, but the chances are slim. Better odds? How about Shara Bey – aka, Poe Dameron’s mother. Best odds? Bo-Katan Kryze, the last known owner of the Darksaber before we see Moff Gideon with it at the end of season 1. Punch it!