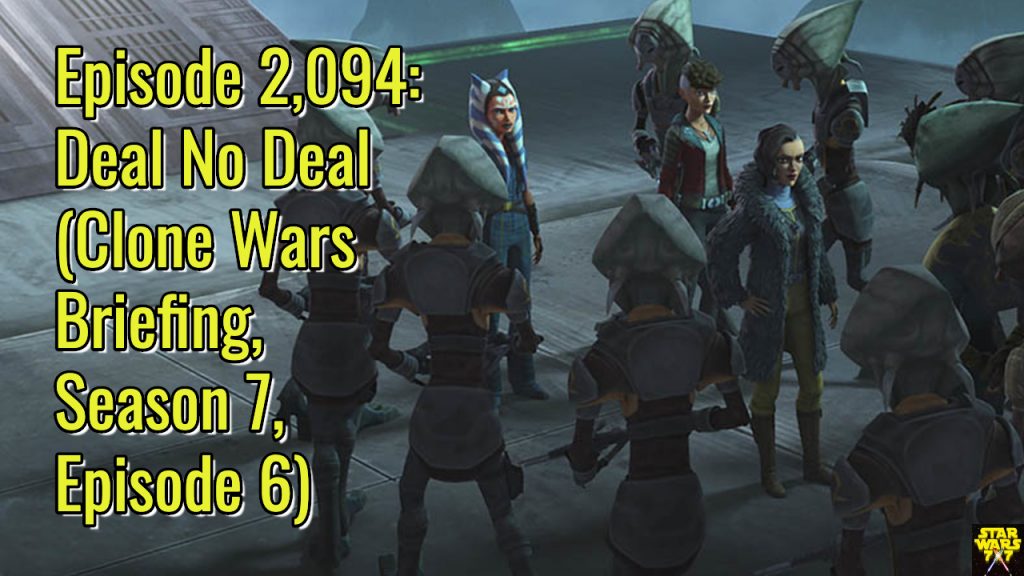 “Deal No Deal” is the sixth episode from season 7 of the Clone Wars, and the second of the four-part “Ahsoka’s Walkabout” story arc, and also the midway point of the final season of the show. Man, that’s a lot happening all at once!

Today’s episode of the show features the Clone Wars Briefing for this episode, where we’ll recap the detail, and talk about how in one sense this episode is similar to the first one in the Bad Batch story arc; but taken together along with episode 5, these two episodes (5 and 6) also have something in common with the second and third episodes of the Bad Batch arc. We’ll also talk about a scene that mirrors one from Return of the Jedi, and how that scene may be telegraphing the bridge between this story arc and the final one of the season. Punch it!