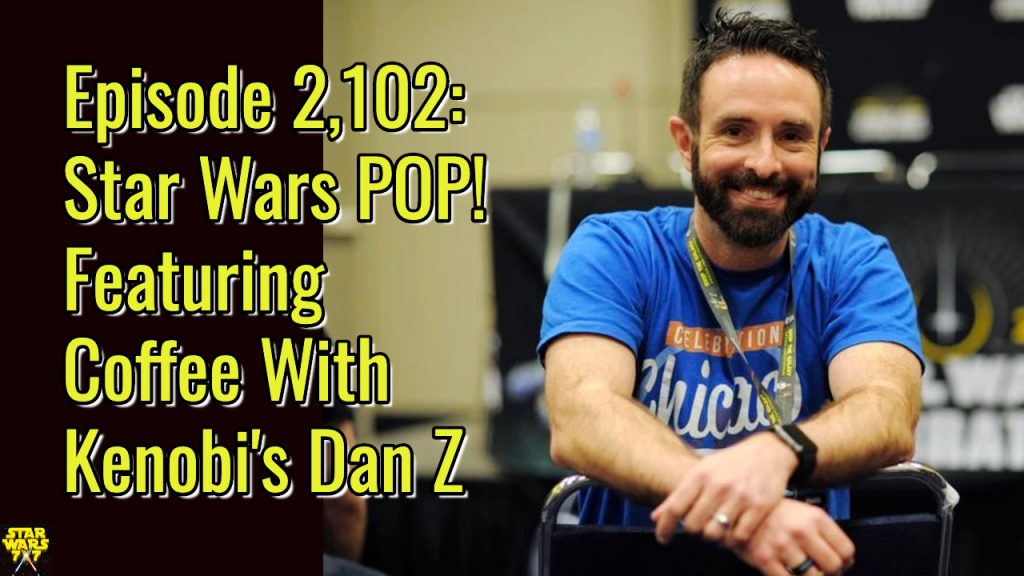 When I was researching what other Star Wars podcasters were doing as I was preparing to launch my own, one of the ones I particularly admired was Coffee With Kenobi. And so it was a particularly special moment to finally meet host and co-founder Dan Zehr – better known as “Dan Z” to his listeners and fans – at Star Wars Celebration Chicago.

He was kind enough to say yes to the one-question interview last year, and this year he said yes to answering a handful of questions as part of the Star Wars POP! feature here on the show. In case you need the refresher, “POP” stands for “Podcasters on Podcasting,” and in today’s episode, Dan opens up about his podcasting history, his inspirations, and much more. Punch it!

You can learn more about Coffee With Kenobi here, and connect with Dan Z on Twitter right here. Also: