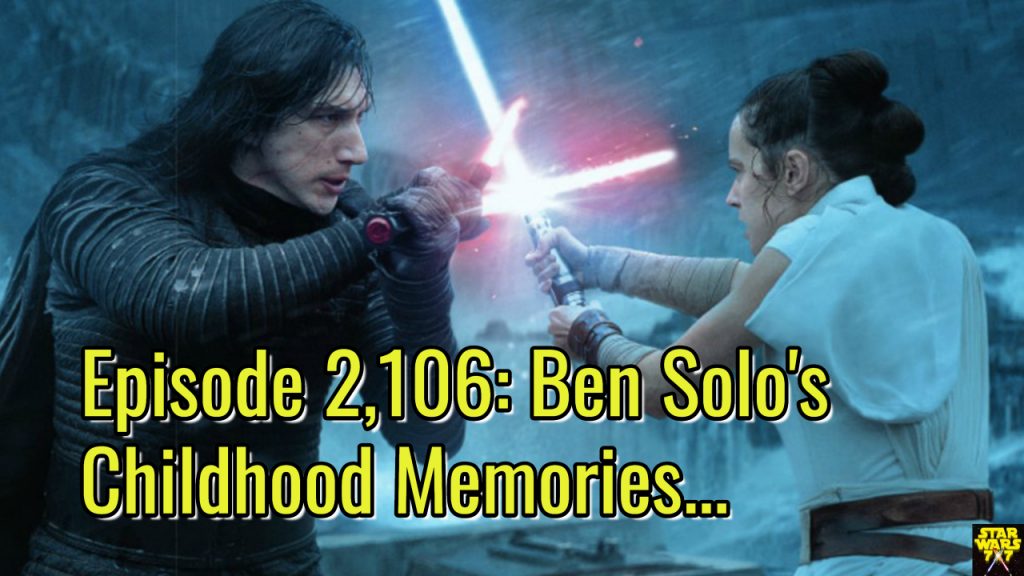 In The Rise of Skywalker: Expanded Edition, we’re treated to some of Ben Solo’s childhood memories. Funny thing is, the memories aren’t *his*, per se. They’re other people’s memories of him as a boy. On today’s episode of the podcast, we’ll listen to excerpts from the audiobook version of the novelization (thanks again to Penguin Random House Audio for sending me a copy of it!) that reveal those memories.

Along the way, we’ll also talk about Luke reaching out to Leia as a Force ghost – and which other Force ghosts have done the same – a more detailed explanation for why Rey tires out during her Kef Bir battle with Kylo Ren, the symmetry of Luke’s and Leia’s final outreach, and Kylo’s/Ben’s reflections on the truth of his existence after Rey stabs, heals, and ditches him. Punch it!