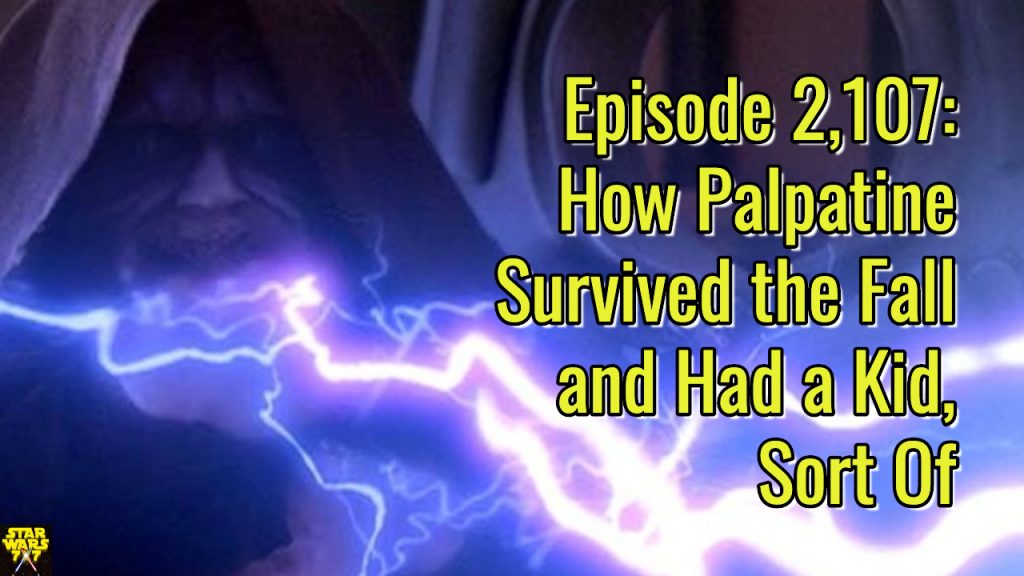 In our final deep-dive episode for The Rise of Skywalker: Expanded Edition (the novelization and audiobook, and thanks again to Penguin Random House Audio for sending me a review copy), we’re going to reveal the answer to the biggest question of them all – how did Palpatine survive his fall at the end of Return of the Jedi?

On top of that, we’re going to address the issue of how that factors into Rey’s parentage; how the process may give you flashbacks to an episode of The Mandalorian; and cover some odds and ends, including ships named in the Battle of Exegol, what Ben said to Rey as a Force ghost after he died, the holo Chewie had stored in his quarters, how the “Jedi voices” scene lacks details but includes a line that may mean Ahsoka Tano is still alive in this era, and a mystery that isn’t solved by either the movie or the novelization. Punch it!