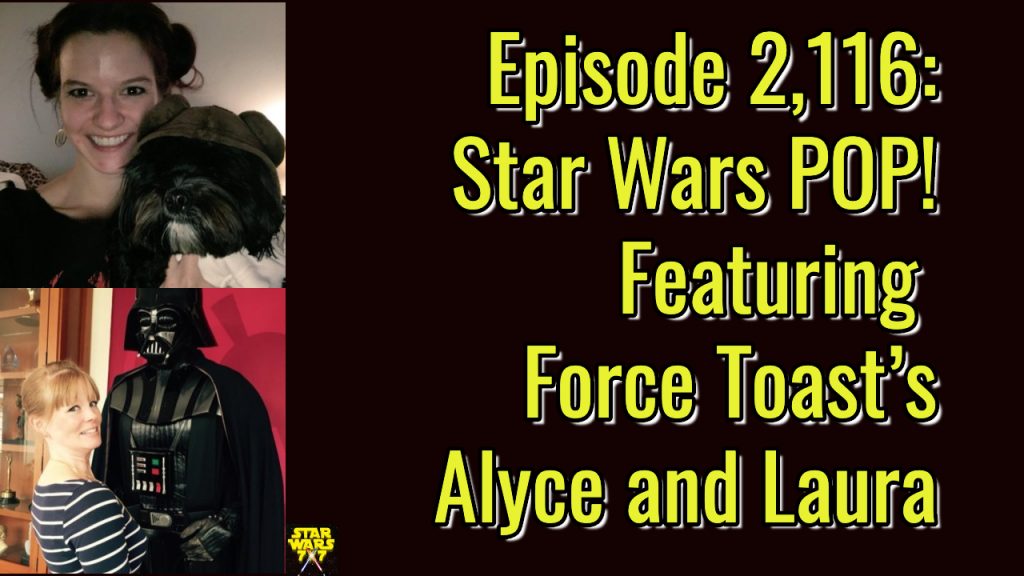 Our Sunday conversation this week is a new installment of our Star Wars POP! series – that’s “Podcasters on Podcasting,” in case it’s new to you. I had a bit of a bittersweet moment thinking about the introduction to this, because the one in-person time I met Laura from Force Toast: A Star Wars Happy Hour was at Star Wars Celebration Chicago last year. I was introduced to her by Steve Kirk, the podcaster and co-founder of San Diego Sabers, who passed away only a few months after that very fun evening.

The meeting with Laura was a quick one – she and Alyce were among a group of podcasters doing live recordings of their shows at an after-hours event that evening. But we’ve traded tweets here and there since then, and they were kind enough to say “Yes!” and join me for joint POP! interview.

Here’s where you can find out more about Force Toast and its fantastic hosts!