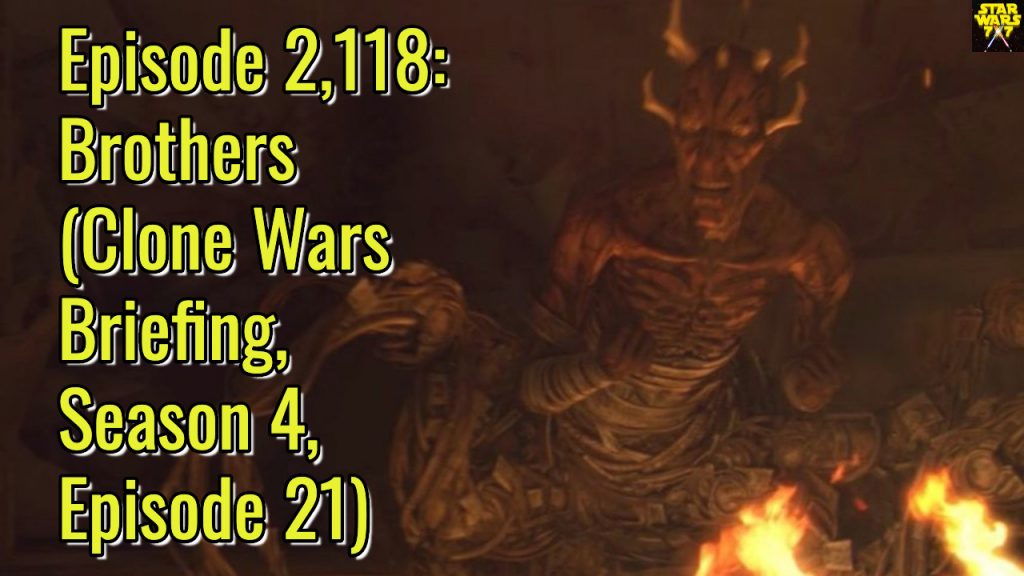 We’re about to spend time with Darth Maul again! Somehow that rascal managed to survive getting cut in half at the end of The Phantom Menace, and – overachiever that he is – wound up in control of Mandalore! But how did it happen?

There are three Clone Wars story arcs that deal specifically with Maul between those two points in time, and as we head into the final stretch with the series, I’m going to go back and explore those arcs in between the final episodes. Today, we’re looking at “Brothers,” which is the 21st episode from season 4 of the series, and the first of a three part story arc.

This is the episode where – spoiler alert – Savage Opress finally finds Maul, after being sent on the hunt for him way back in the middle of season 3. And Maul has been losing his mind, not in a good way, but meeting Savage brings a sharp focus to Maul that reverberates throughout the galaxy. Literally. Multiple characters feel something “sinister” happening, and all the foreshadowing finally comes to pass. Punch it!