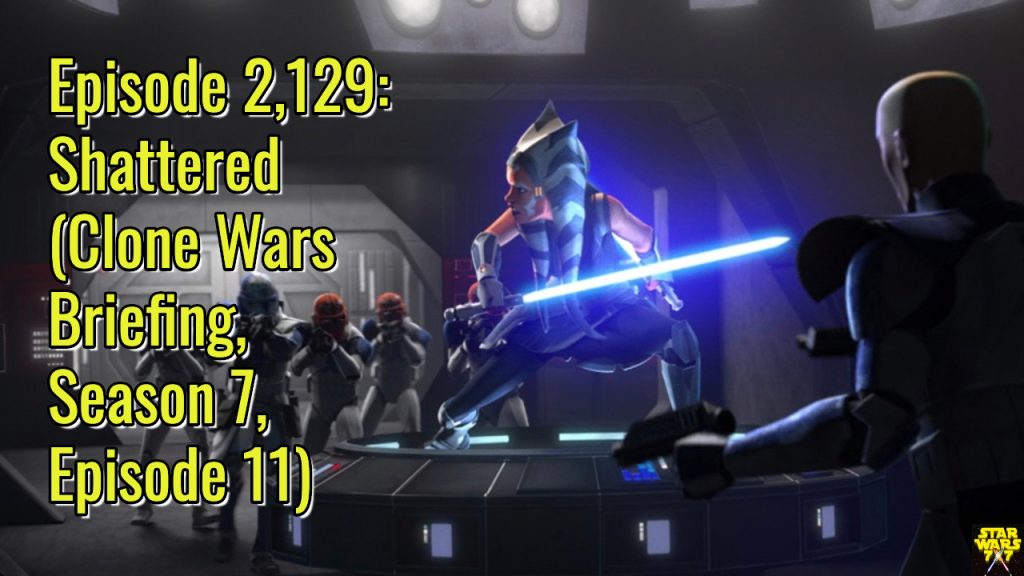 “Shattered” is the 11th and penultimate episode of season 7 of the Clone Wars, and of the series itself. And oh my Force ghost, what an episode. It picks up right where we left off with “The Phantom Apprentice,” and as with previous episodes in this arc, it lays directly over the timeline of Revenge of the Sith. In this case, it corresponds with the most impactful events of that movie: the fall of Anakin Skywalker and the execution of Order 66.

Now that Maul has been captured (in a way that doesn’t quite correspond with what we know from other Star Wars storytelling), and since we know that Ahsoka and Rex survive the events of Order 66, much of the suspense in this and the final episode has be around HOW they survive. And the creators do it in style. I’d like to give special props to Kevin Kiner, whose score for these final episodes has been spectacular. It feels like he’s taken inspiration from Vangelis and Blade Runner, mixing that sensibility in with the epic Star Wars motifs.

We’ll talk about all of this and much more, including some of the other overlaps with Revenge of the Sith; Mace’s unnecessary clapback to Ahsoka; the foresahdowing that wasn’t; and the echoes of lines from other characters and even other Star Wars movies. Punch it!