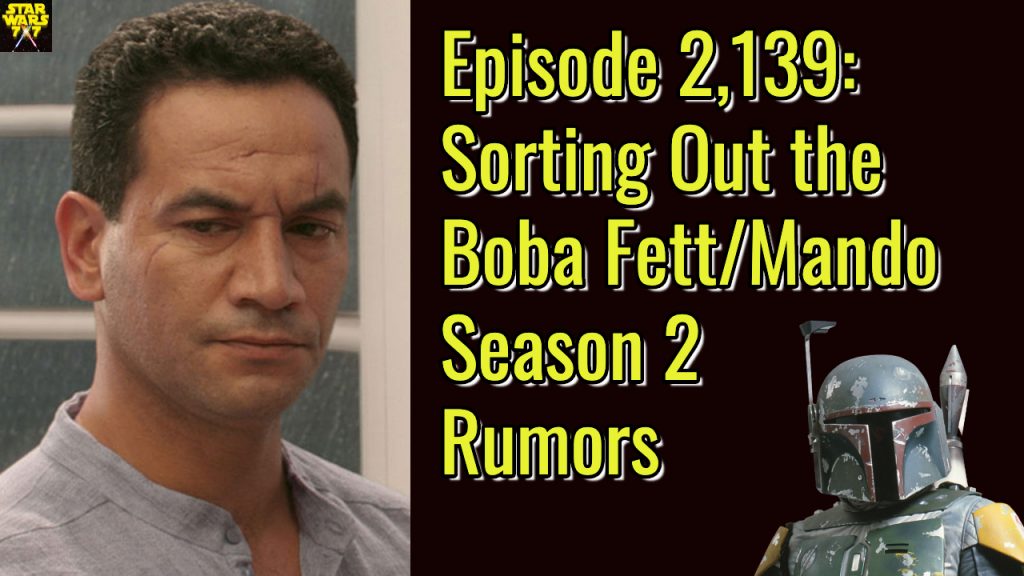 On Friday – why is it always Friday? – The Hollywood Reporter broke the rumor that Temuera Morrison has been cast in The Mandalorian for season 2, and that he’ll be playing Boba Fett. The other trades followed up with their own sources and said they were hearing the same thing. (One wonders – do they all have the same sources? And if so, that doesn’t make it any more real, does it?)

Meanwhile, Jordan from Cinelinx is saying that he’s heard Morrison – who played Jango Fett in Attack of the Clones and has voiced a variety of clones in other Star Wars projects – may not *only* be playing Boba Fett.

So, one of three things could be happening:

We’ll talk about it all today… Punch it!