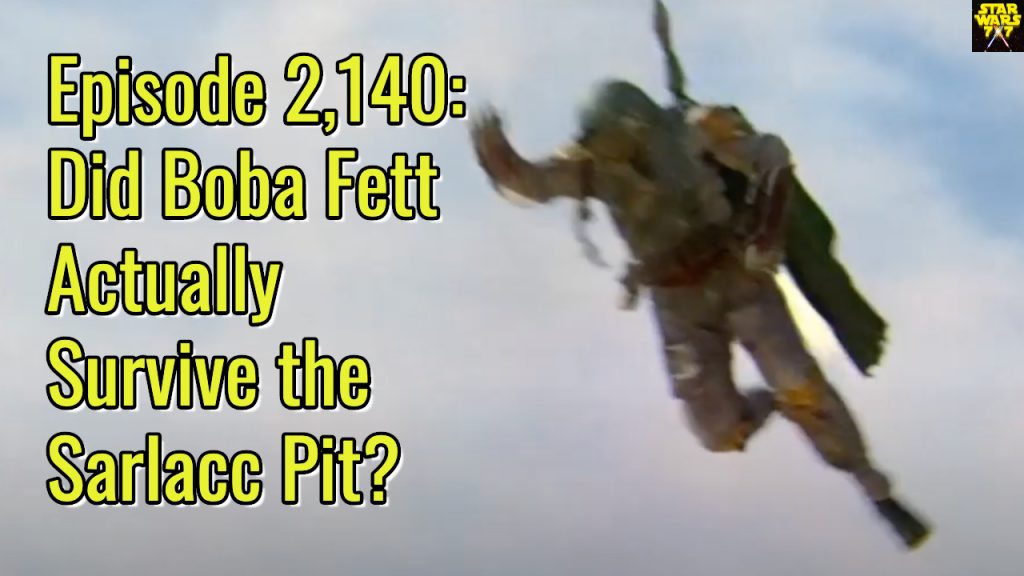 Ahh, Boba Fett, the Schrödinger’s cat of Star Wars. Is he alive or dead? No canon story has anything to say about him after his last appearance, tumbling down into the mouth of the sarlacc in Return of the Jedi. So like the famous quantum physics thought experiment, he is both alive AND dead until we actually observe him in one state or the other.

There’s another complicating factor to all of this. Boba Fett was a person, but as we saw with Boushh in Return of the Jedi, bounty hunters can be impersonated – or mistakenly identified. In other words, people could see someone show up in Boba Fett’s armor and think, “Hey, that’s Boba Fett!” when in reality it isn’t.

So on today’s show, we’re going to separate the man from the armor, and tell you what we know about both. In addition, Wookieepedia has gathered some VERY interesting information about what George Lucas considers Boba’s fate to be. Punch it!