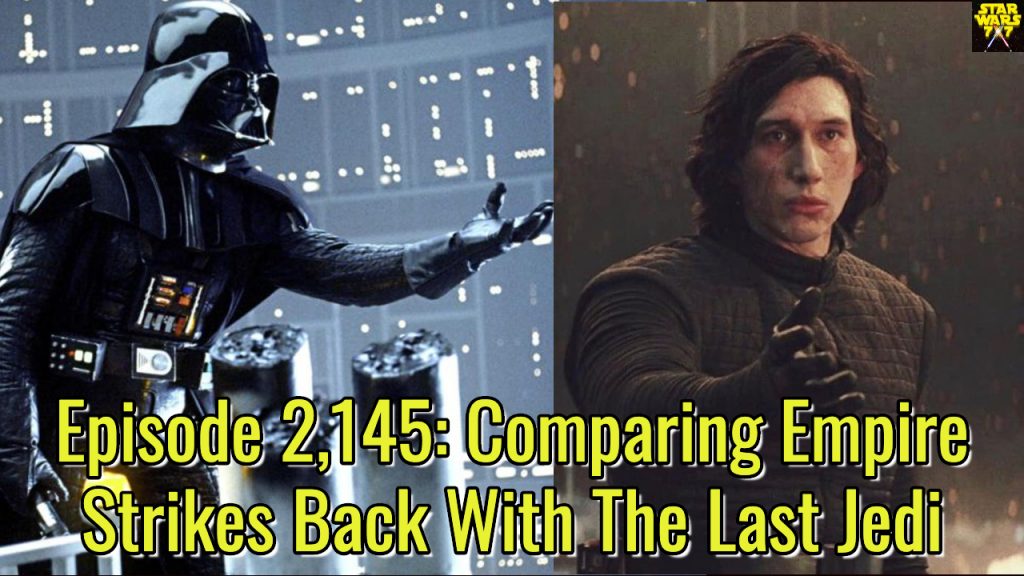 In October 2017 (before the release of The Last Jedi), Rian Johnson spoke at an “Ireland Week” event to talk about the movie. The Hollywood Reporter quoted him as saying:

That very last image of The Force Awakens, with Rey holding the lightsaber out to Luke, that was so evocative. In every other case, Star Wars movies jumped forward in leaps of time. I knew I was supposed to do that, but the last image was intriguing. I knew I wanted to know where we were going next.

Later on in the article, there was a direct interview with Johnson, and I wanted to flag this question and answer for you:

Q: Part of [Star Wars] is recontextualizing past movies. How does yours do that?

A: Each new film hopefully recontextualizes what came before it. That’s part of the game. Yes, it’s a continuation of not only The Force Awakens, but also of the legacy leading up to it.

These, along other past comments from Johnson, are going to come into play as we set the stage to discuss how The Last Jedi is similar to and different from The Empire Strikes Back on today’s episode. Punch it!