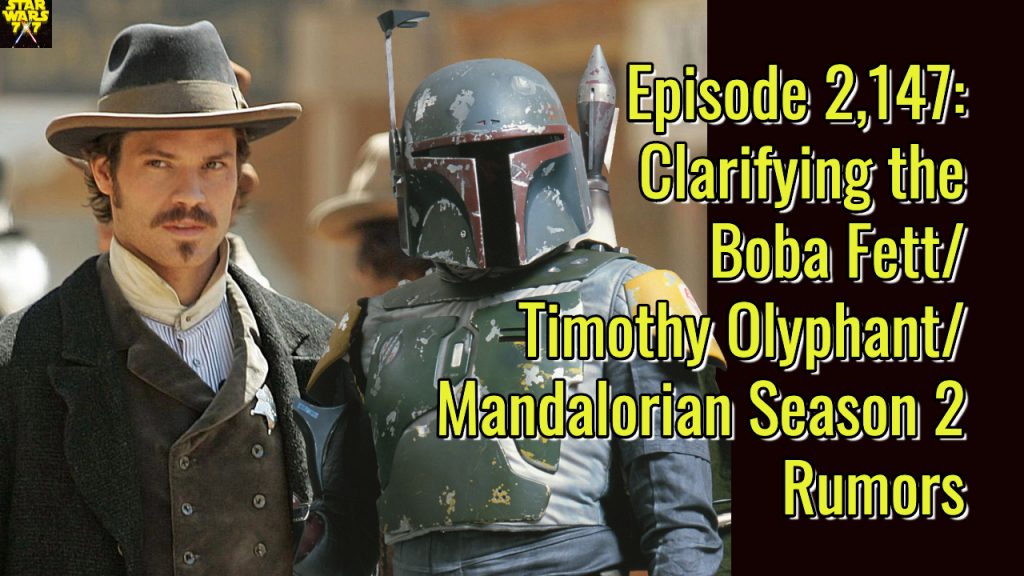 Last Friday, The Hollywood Reporter broke the rumor that Timothy Olyphant would be joining the cast of The Mandalorian for season 2, with this additional note:

It is unknown whether the actor will play a new character or a returning favorite in a new guise.

Yesterday, /Film broke the rumor that Olyphant will be wearing Boba Fett’s armor on the show. But clearly, he does not look like Temuera Morrison. Here’s what they had to say about that:

…Earlier this month it was reported that Temuera Morrison, who originated the role of Jango Fett (Boba’s clone father), had been cast as Boba Fett. So what’s going on here? If Morrison is playing the role of Boba Fett, then Timothy Olyphant is playing an enigmatic character named Cobb Vanth.

Now, in a few recent episodes where rumors have been discussed, I’ve been able to share that someone reached out to me to share information from another person to confirm/deny media reports like this. Well, that someone let me know a thing or two about this particular set of rumors, and I’m sharing what I’ve heard on today’s show. Punch it!