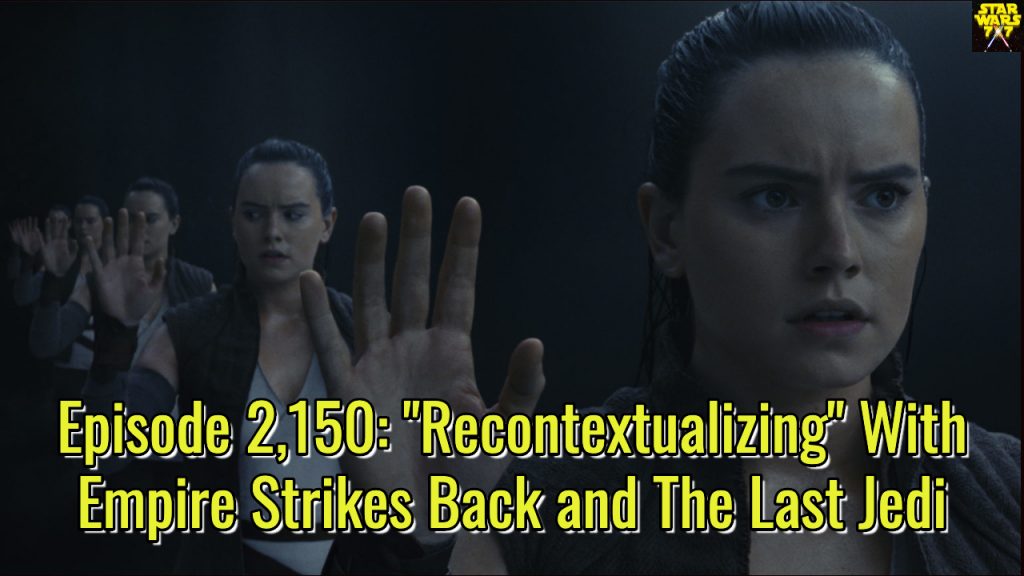 To place or view (a work of literature or art, for example) in a new or unfamiliar context, especially in order to suggest a different interpretation.

As we’ve been comparing The Empire Strikes Back to The Last Jedi this week, we’re going to wrap up the conversation with a discussion of recontextualizations. The Last Jedi has more than one of them, and so does Empire, for that matter. Punch it!