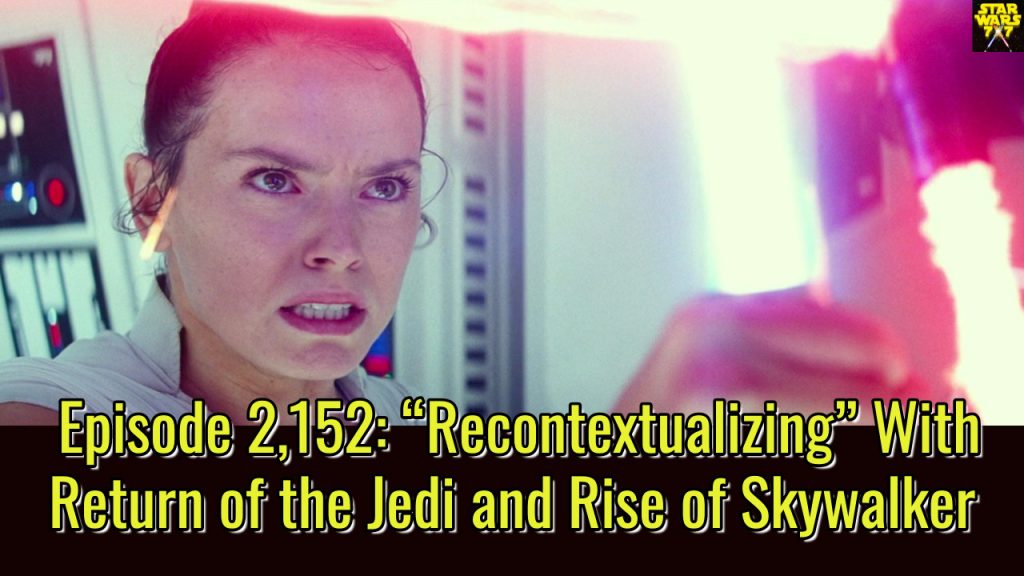 Last week, we spent time talking about The Last Jedi, and comparing it to The Empire Strikes Back – which is similar to what we did a while ago when we talked about The Force Awakens in relation to A New Hope.

Well, it’s time to complete the cycle! On today’s episode, we’re starting a series of looks at The Rise of Skywalker, in comparison with Return of the Jedi. And in particular, we’re going to pick up right where we ended with The Last Jedi – on the concept of recontextualization.

Both Return of the Jedi and The Rise of Skywalker offer us changes that are supposed to make us rethink a bunch of things that came before in their respective trilogies. In one sense, they’re very different – one of them comes completely out of the clear blue sky, while the other is relentlessly hinted at. And in another sense, they’re very similar – the change doesn’t add drama so much as it resolves it, and changes the foci of the final fights. Punch it!