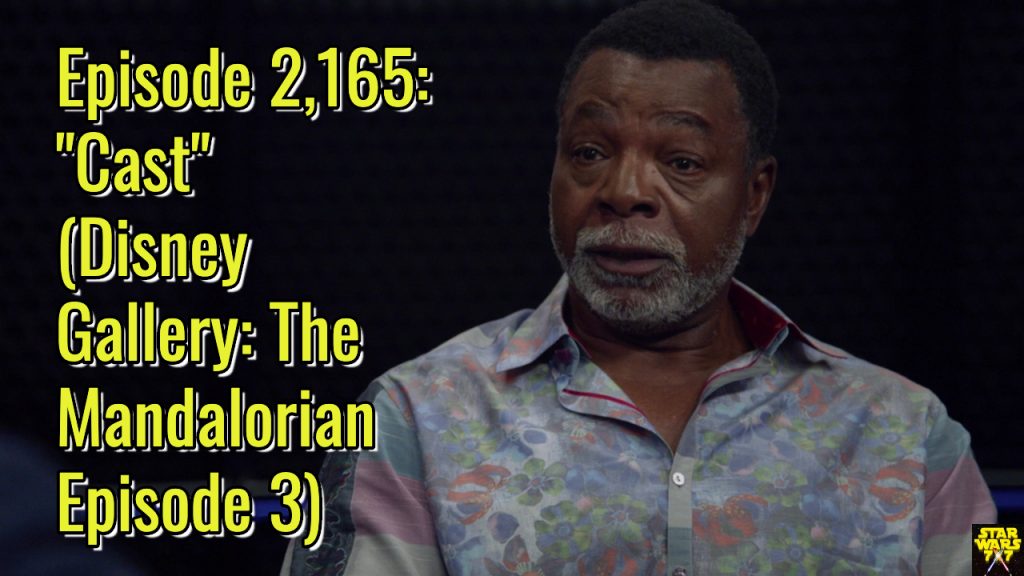 Episode 3 of Disney Gallery: Star Wars: The Mandalorian features – as one would expect from the title of the episode, “Cast” – discussions with the big three members of the cast: Pedro Pascal, Gina Carano, and Carl Weathers. As in past episodes, we also hear from Jon Favreau and Dave Filoni, and we also hear from some of the directors. There are additional voices highlighted as well, and on today’s episode, we’ll talk about:

–The four different ways by which The Mandalorian’s character performance is created, including three different people inside the armor

We’ll also talk about how Carl Weathers approaches an offer to be a part of an acting project, which has some bearing on the way Star Wars stories have been made and continue to be made. It’s particularly relevant considering what’s going on in the world in general, and what’s been part of Star Wars-specific discussions in the past few years. Punch it!