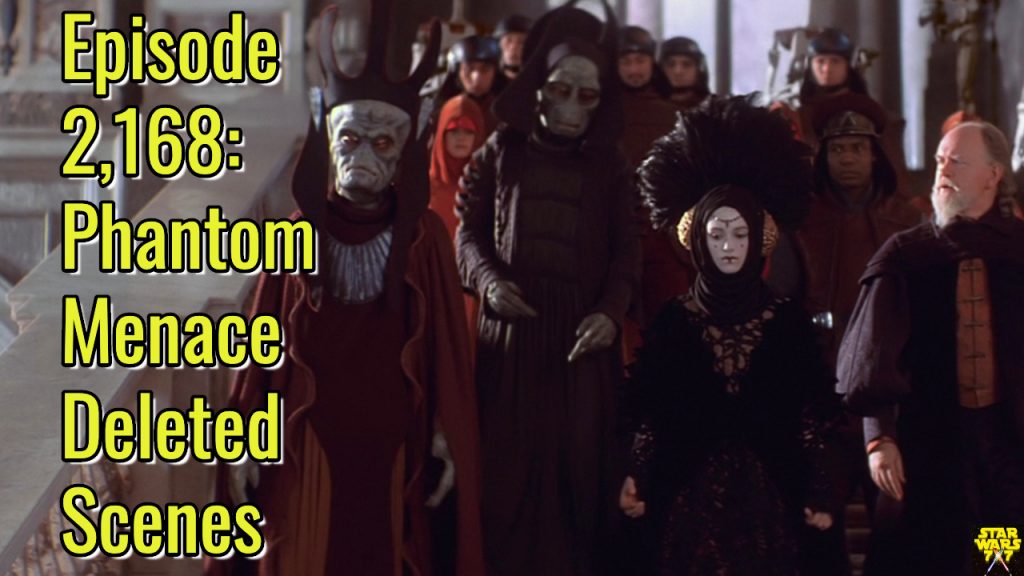 Mild spoilers in this episode! The final third of Queen’s Peril by E.K. Johnston runs concurrently with The Phantom Menace. Apart from a plotline that fills in a backstory hinted at in Queen’s Shadow, most of this section serves one of two purposes.

One of these purposes is to give us a look at characters from the movie, in scenes that play like moments from the cutting room floor. Mind you, this isn’t a criticism – a scene with Darth Maul scouting Theed Palace prior to the arrival of the Jedi isn’t one that was needed for the movie, but is a terrific addition from a novelization perspective.

The other purpose is to complete character arcs that were begun in the pre-Phantom Menace part of the book. That focuses primarily on Sabé, who is Padmé’s number one handmaiden, even though Sabé’s primary talent has been playing second fiddle – pun intended.

I’ll dig into all of the above and more on the show today… Punch it!