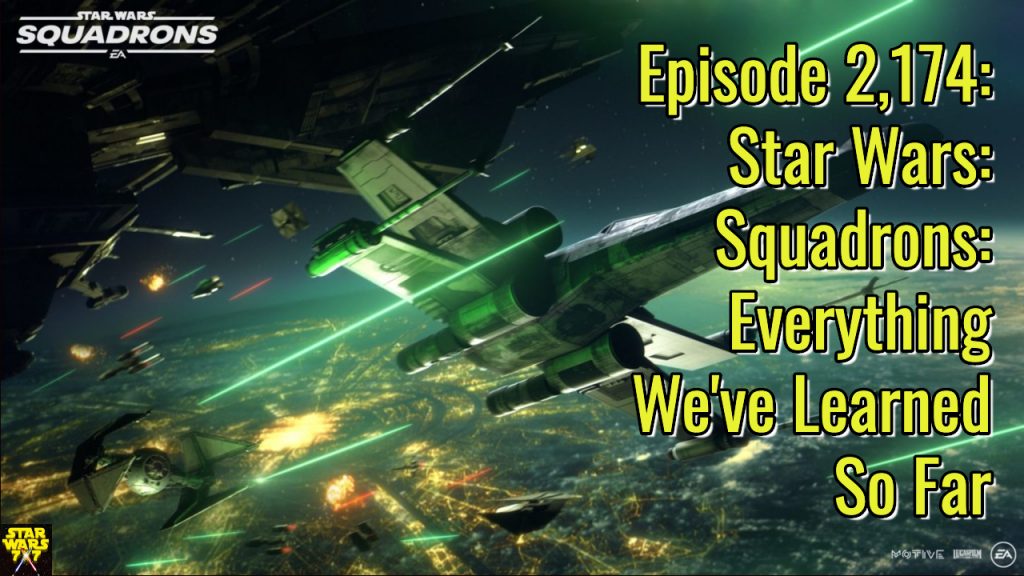 The video game code-named “Maverick” has been revealed as “Star Wars: Squadrons”! On Monday, a reveal trailer debuted, as well as some promotional images and additional story details. Yes, I said “story”! There’s a single-player story narrative to the game, which will see you playing as both a New Republic pilot and as an Imperial pilot. One article I read said that the price point of the game – $39.99 at pre-order – suggests the storyline and associated gameplay will run approximately 15 hours.

But that’s not all, of course. There’s also a multi-player aspect to it, and it’s cross-platform, so you’ll be able to play against friends who have different consoles/platforms. The announcement also talked about ships, characters, and worlds, and we’ll dig into everything we’ve learned so far on today’s episode of the show. Punch it!