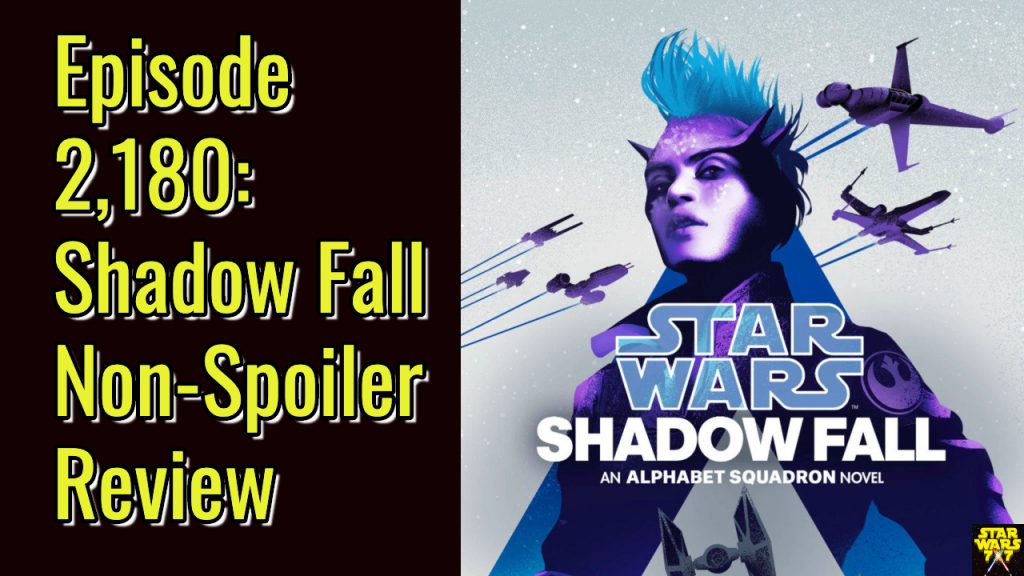 Shadow Fall is the sequel to last year’s Alphabet Squadron by Alexander Freed, and the second in a trilogy of novels about a group of sole survivors banding together to create a fighting force for the New Republic. If Alphabet Squadron is the A New Hope of this trilogy, then Shadow Fall is its Empire Strikes Back – a thrilling novel that improves upon its already strong predecessor with daring action, deep characterization, and devastating consequences for all involved.

On today’s episode of the show, I’ll be talking briefly about where we left off with Alphabet Squadron, and what we’ve been told publicly about the story of Shadow Fall so far. From there, I’ll get into my non-spoiler review, and why I liked the novel as much as I did. I’ll also share why I’m going to be reading or listening to it again very soon – it has to do with the ending, let’s put it that way for now. I’ll say more in the show, but I promise I won’t spoil it for you in any way, shape, or form. Punch it!