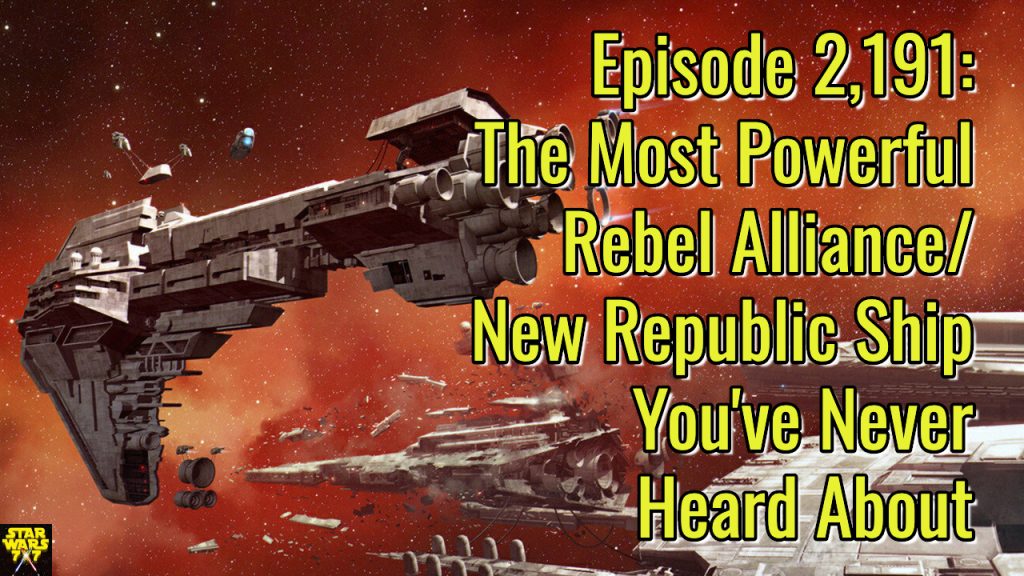 Admiral Ackbar said it himself – at close range, Mon Calamari Star Cruisers can’t hold up against Imperial Star Destroyers. On today’s episode of the show, you’ll hear him and Lando talking about it during the Battle of Endor in Return of the Jedi.

As it turns out, the Rebellion was secretly working on a ship that could go toe-to-toe with a Star Destroyer – and win. And the development of the prototype for that class of battleship looks like it’s going to play a major role in the single-player campaign of Star Wars Squadrons when it comes out in October 2020.

I’ll explain all about it on today’s show, and talk about the major galactic battle where the Mark I versions of these ships helped turn the tide against the largest known Imperial remnant. Punch it!