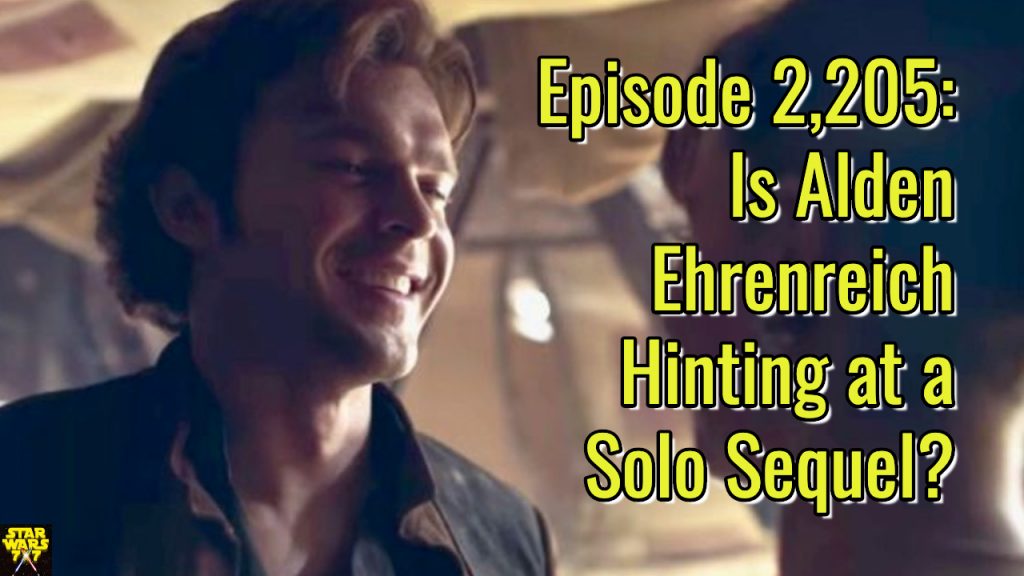 So let’s be clear: Up until a few days ago, the notion of a sequel to Solo: A Star Wars Story was nothing more than a boisterous fan campaign. The most visible one since the movement to get a season 7 for The Clone Wars, it should be noted. But most recently, back in March, co-writer Jon Kasdan said on Twitter:

Don’t think anyone’s pursuing a Solo sequel at the moment … I think a feature, at this point, would be a tough sell & the D+ Star Wars slate is really…pretty packed, all shows I’m lookin forward to.

But then Alden Ehrenreich is featured in an Esquire cover story a few days ago, and when pressed about it, says:

WAIT A MINUTE!!! What’s this “soooome stuff” he’s talking about???

The Esquire article doesn’t press further, so on today’s show, I’ll be double-checking the rumor mills to see whether there are any other hints about a potential Solo sequel out there. And there are two – from a certain point of view, of course, and one of them doesn’t seem very likely. We’ll also talk about two big obstacles to a Solo sequel, and whether Disney+ can handle them – if they even need to. Punch it!