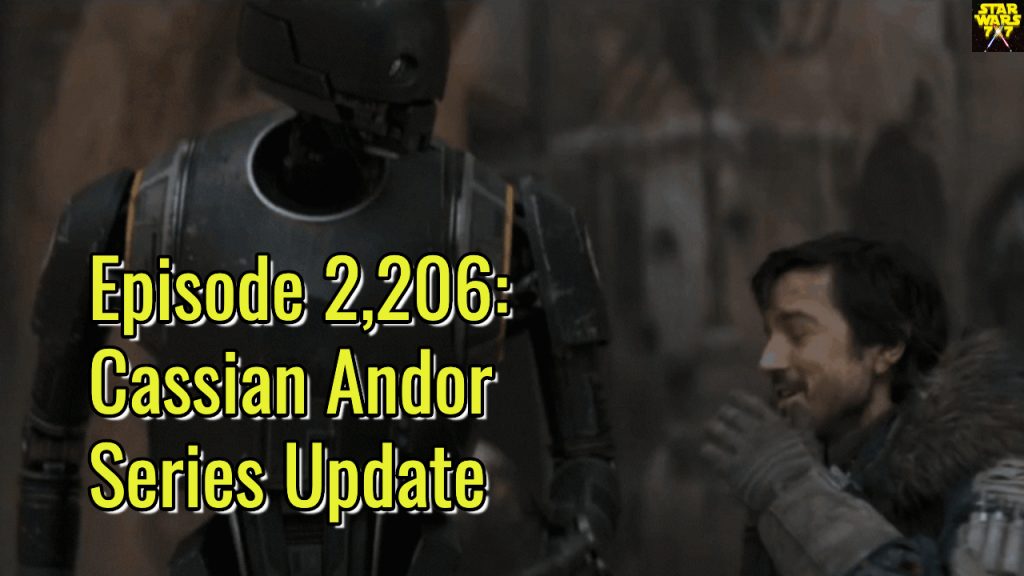 You know what we haven’t talked about for a while? The Cassian Andor series, that’s what! So let’s check in on what’s been happening there, shall we?

On today’s episode, we’ll talk about the casting announcements we know so far – including a Star Wars connection for two of the actors whose specific roles we don’t yet know – and rumors about two actors that have yet to be confirmed. We’ll also talk a bit about Cassian’s character backstory, the time in which the story is supposed to be set, and the directors and writers currently involved with the show. Punch it!