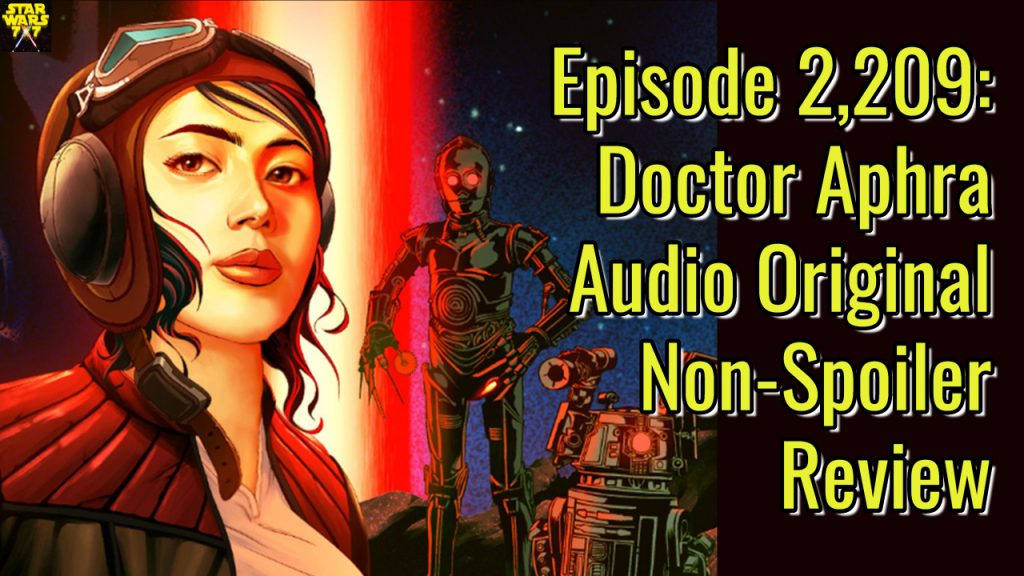 The Doctor Aphra audiobook original builds from the source material, featuring a compelling expansion on the title character by author Sarah Kuhn, and an exuberant performance by Emily Woo Zeller.

On today’s episode of the show, we’ll stay in non-spoiler review territory – REALLY non spoiler, as most of the conversation is about the intended audience; the evaluation of its adaptation from the comic book stories; the novel ways in which author Sarah Kuhn expanded upon the original comic stories; and the deeper development of the title character by Kuhn and as performed by Emily Woo Zeller. Punch it!