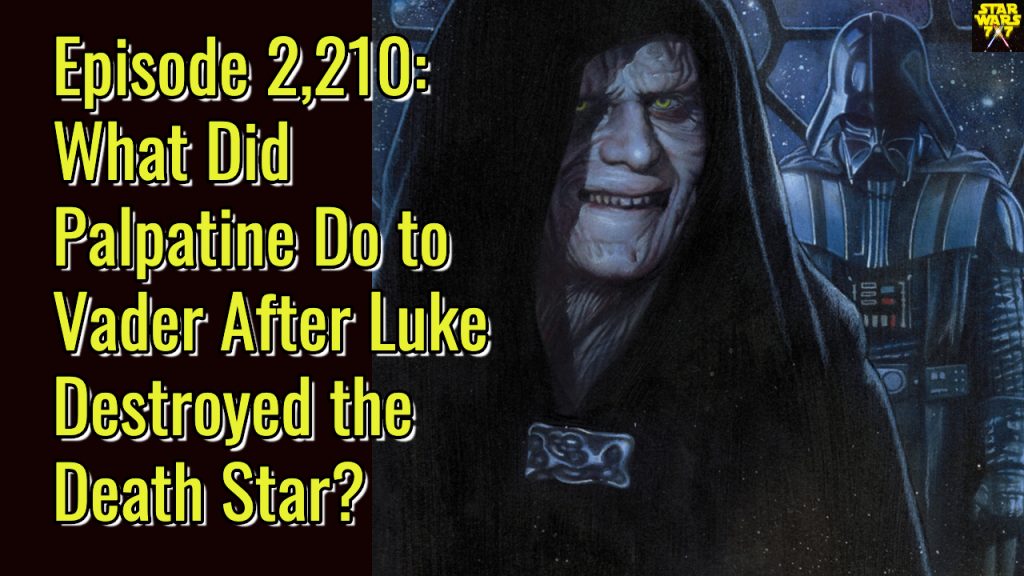 Yesterday, during the non-spoiler review of the Doctor Aphra audio drama, I mentioned that there were a couple of places in the story where, if you were not familiar with the source material (namely, the first series of Darth Vader comics for Marvel), you might find yourself a little lost. As, in, with references to things that seem to be coming out of nowhere.

There’s a structural reason for that – since Aphra is our narrator, and since there are lots of things happening in that comic book series which have nothing to do with her, it’s the moments where Aphra crosses paths with those other events that it gets a little odd inside the audio drama. She has no frame of reference for what’s happening, and so the listener can get a little confused, much as Aphra herself does.

I think it was an unavoidable side effect of adapting this storyline. Since Aphra never becomes privy to some of those details, it’s not like she can explain it to the listener after the fact via some other narrative device.

So, on today’s episode of the podcast, I’m going to very quickly explain what was happening in that series outside of Aphra’s knowledge. That should make the two primary confusion points in the audio drama make more sense. It’s only lightly spoilery for the comic series and for the audio drama… Punch it!