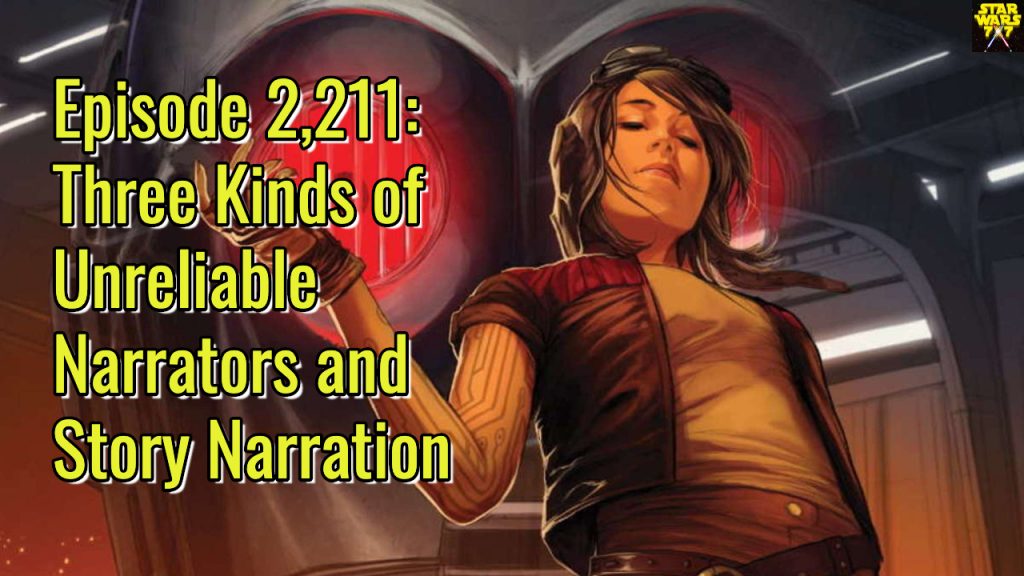 Yes, it’s established that Doctor Aphra is a scoundrel. As such, it’s probably wise not to trust her with anything too valuable. But as a character in the Star Wars comics on which the Doctor Aphra audio drama is based, she presents a very reliable front. In other words, she is exactly who she appears to be in those stories.

But once you put her front and center, and let her tell the whole story – well, that’s when things get a little more slippery. On today’s episode of the show, I’m going to talk about how Doctor Aphra became an unreliable narrator, and cite three particular types of unreliability. And the responsibility for each type, depending on the type, falls on different shoulders… Punch it!