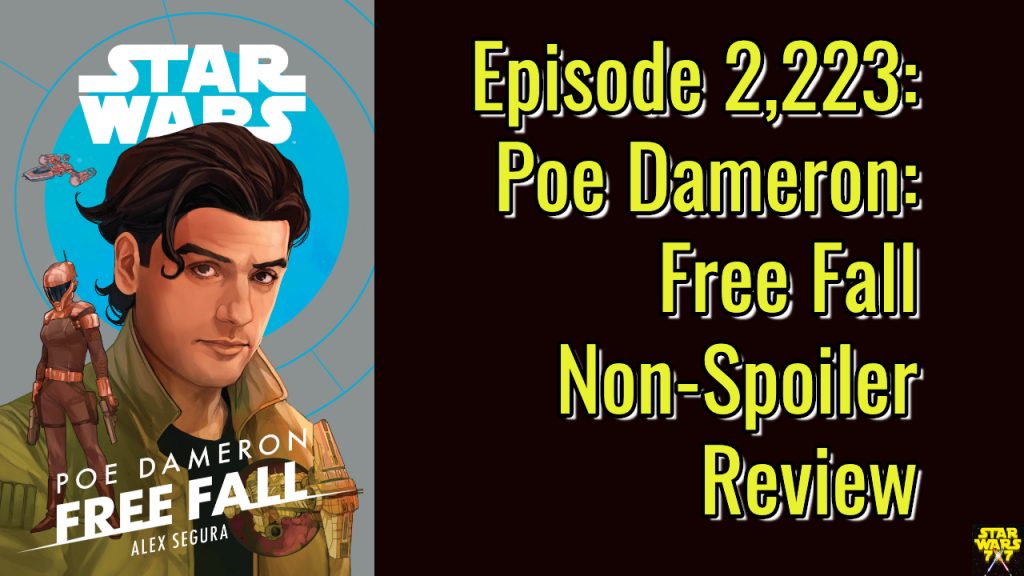 If you were shocked – shocked, I tell you! – to learn that Poe Dameron used to be a spice runner before joining the New Republic and later the Resistance, well, then, the story of how that happened needs to be believable and compelling. If not, then it’s a bit like a house of cards – it wouldn’t just reflect negatively on the telling of the backstory, but also on how that storyline connects to The Rise of Skywalker.

Luckily, Poe Dameron: Free Fall rises to the occasion. It’s a young adult novel that’s basically a series of adventures where we see Poe running up against the limits of his young and forming ethical/moral boundaries, until he hits a point where he can’t take it anymore. The fun is in hearing Oscar Isaac and Keri Russell’s voices in your head (which are captured well by author Alex Segura), and in seeing how their relationship develops.

But it isn’t just about them, and on today’s episode, we’ll talk more about it in a non-spoiler review. Punch it!