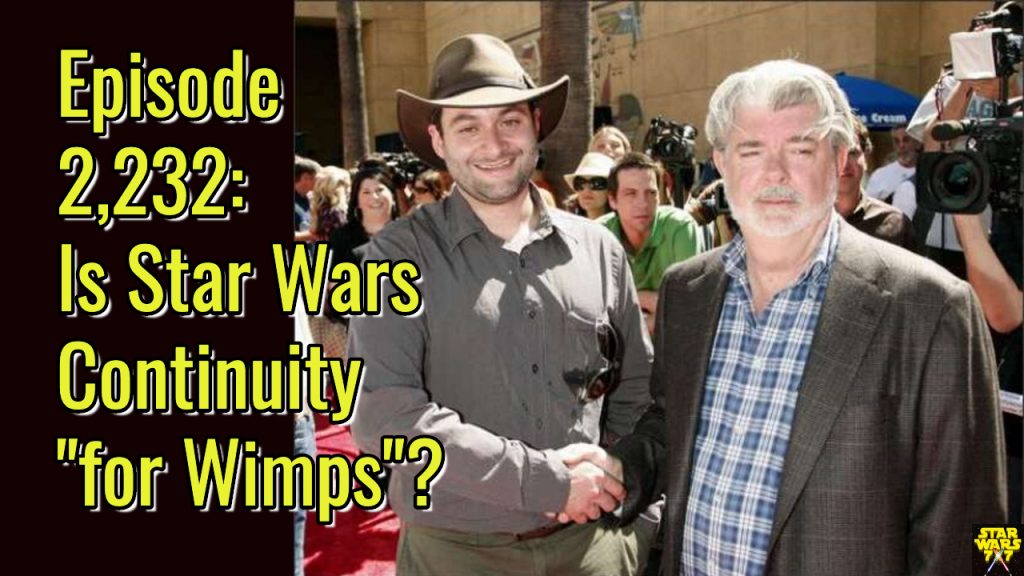 Thematically (sort of) continuing our conversation this week, which began with a review of George Mann’s Star Wars: Dark Legends, I got to thinking about a line from George Lucas I’d once heard, and I found the source of it – a 2014 article in the New York Times about the impending release of Star Wars Rebels:

‘Star Wars Rebels’ got its start in spring 2013, not long after Disney bought Lucasfilm. Returning the franchise to bedrock would help introduce it to a new generation. Mr. Abrams’s similarly old-school movie would follow. ‘Continuity’ became a watchword. (Mr. Filoni said that Mr. Lucas, unconcerned in recent years that his stories had become confusing, once told him, “Continuity is for wimps.”)

That’s a far cry from something we were talking about last month, when we revisited the interviews Lucas gave during the making of The Empire Strikes Back. I’m going to put that quote in historical context, and talk about how the rebooting of the canon and the continued experiments with books like Dark Legends trace Lucasfilm’s journey under Disney to establish continuity – and start to experiment with it. Punch it!