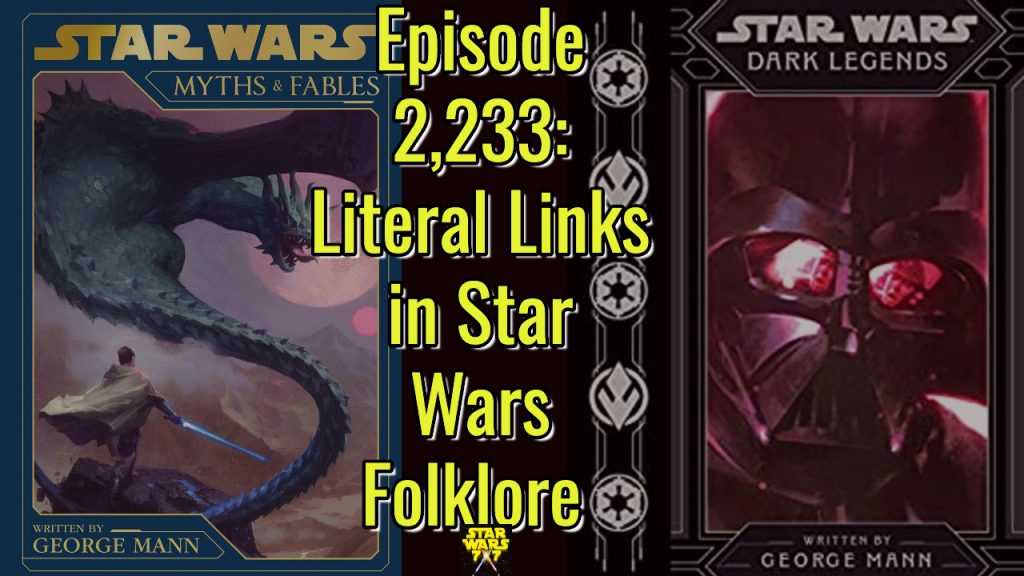 There’s a story in Star Wars Myths and Fables called “Gaze of Stone,” and it tells the cautionary tale of a Twi’lek named Ry Nymbis, who is adopted at an early age by the nefarious Darth Caldoth. The story details how Nymbis came to be Caldoth’s apprentice, and what happened to the two of them when Nymbis – as Sith apprentices are often wont to do – decided to try to kill his master and take his place at the top of the Sith list.

Well, it turns out that “Gaze of Stone” is just a fragment in a larger story, which is revealed in Star Wars Dark Legends. We’ll talk about the two stories and their connections, and we’ll also talk about how and why these two stories may be the most likely ones to be taken “literally” from the two collections of Star Wars folklore. Punch it!