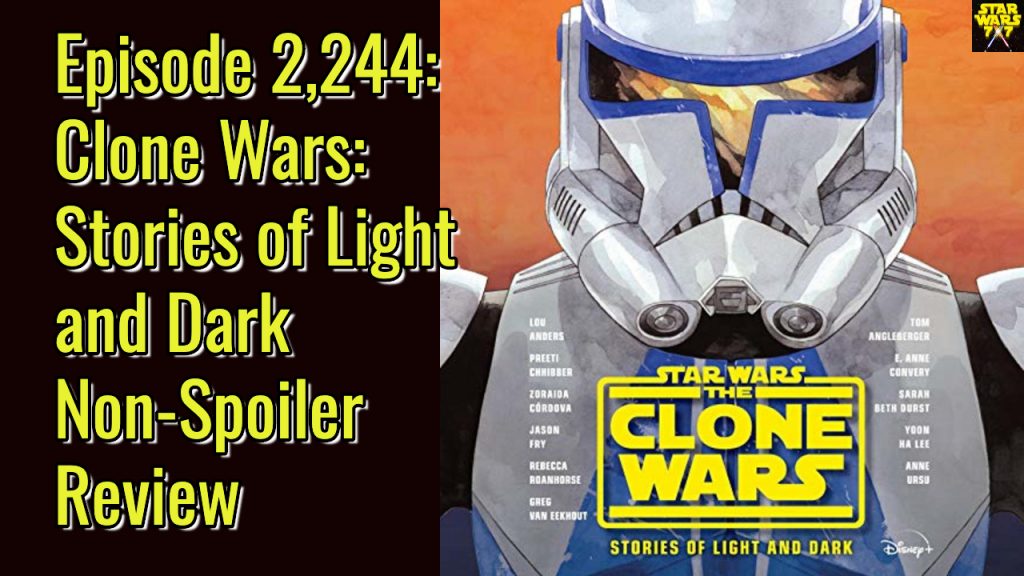 Star Wars: The Clone Wars: Stories of Light and Dark is a new collection of 11 short stories, each inspired by a Clone Wars episode or story arc. (Thanks go to Disney Lucasfilm Press for sending along a review copy to check out in advance.)

It’s been advertised as a set of stories for middle grade readers, but in fact it reads above its pitched level. It’s satisfying for a YA or even an adult audience in most cases, with political, philosophical, and emotional complexity to many of the stories. They mix it up with first- and third-person tales, and you generally don’t need to have seen the episodes which inspired them in order to enjoy them. Although that certainly doesn’t hurt.

It’s a non-=spoiler review today, and we’ll also talk about the fact that three of the eleven stories were inspired by one specific Clone Wars TV series writer (the other eight were inspired by eight other writers’s stories), and that three-story writer is rather noteworthy… Punch it!