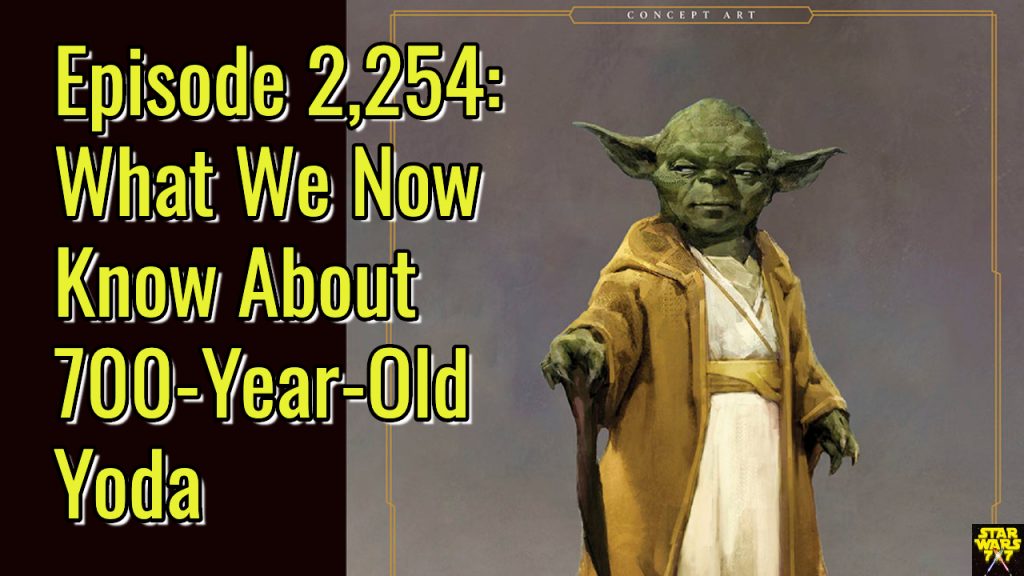 So on the one hand, you have rumors and leaks and spoilers. On the other hand, you have simple logic. A few months ago on the show, in talking about the High Republic announcements, I wondered where Yoda was in all of this. He was prominently absent from any of the reveals, but he would have been in his 700s during that time, so he would have to play a role in the story, right?

Just logic, no sources. And it turned out to be right (though I probably wasn’t the only one to think of it, to be sure). Lucasfilm recently announced that Yoda would be the main character in Daniel José Older’s IDW comic series, Star Wars: The High Republic Adventures. On today’s episode, I’ll share quotes from the news story, and flag how a couple of those comments could tell us something about whether Yoda will appear in other stories, and also whether there’s a parallel with American history that presages the fall of the Galactic Republic. Punch it!