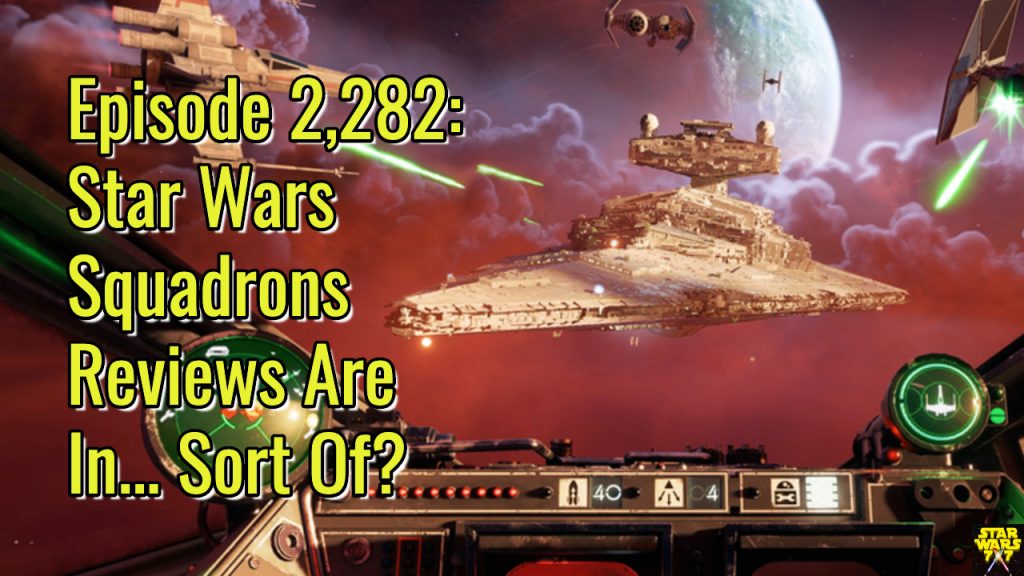 Star Wars Squadrons is out today! The fourth console game from Electronic Arts is only getting partial reviews so far, and of those, there’s a lot of positives, but also not entirely so.

Looking at the early reviews also offers a rather interesting peek behind the scenes at the reviewing aspect of the video game industry, since there were only certain things that could be tested in time to get a story posted on release day. We’ll talk about that, about what’s covered in the reviews, and where the bright and not-so-bright spots seem to be, based on the reviews out there so far. I’ll say that, on first blush, it looks like video-game-specific outlets are being harder on the story mode than more general entertainment review outlets… Punch it!