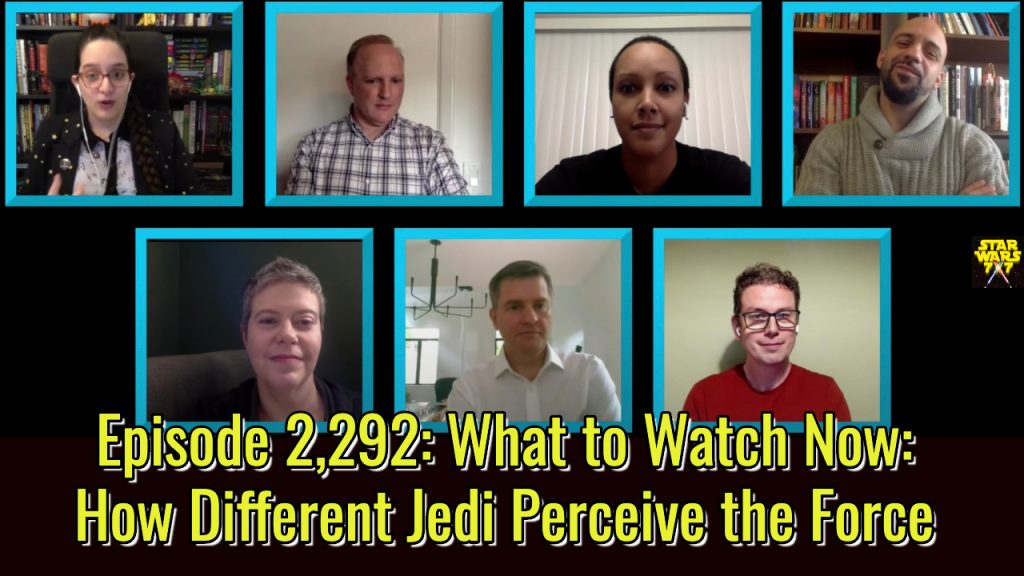 In our latest “What to Watch Now” installment, we’re highlighting part of a conversation with the High Republic authors about how different Jedi experience and interact with the Force.

In case you weren’t aware of it, New York Comic-Con was supposed to happen this weekend, and it did … from a certain point of view. They had a bunch of virtual panels, one of which was focused entirely on the High Republic. All five authors were there (Claudia Gray, Justina Ireland, Daniel Jose Older, Cavan Scott, and Charles Soule), as well as the architect of the initiative, Lucasfilm’s Michael Siglain.

On today’s episode of the show, we’ll cover the notable things they revealed and discussed, and I’ll point you to where in the video of the session they talked about how their Jedi characters perceive the Force. Punch it!

Here’s the video of the NYCC panel – the relevant Jedi discussion begins at roughly 8:50 of the session: