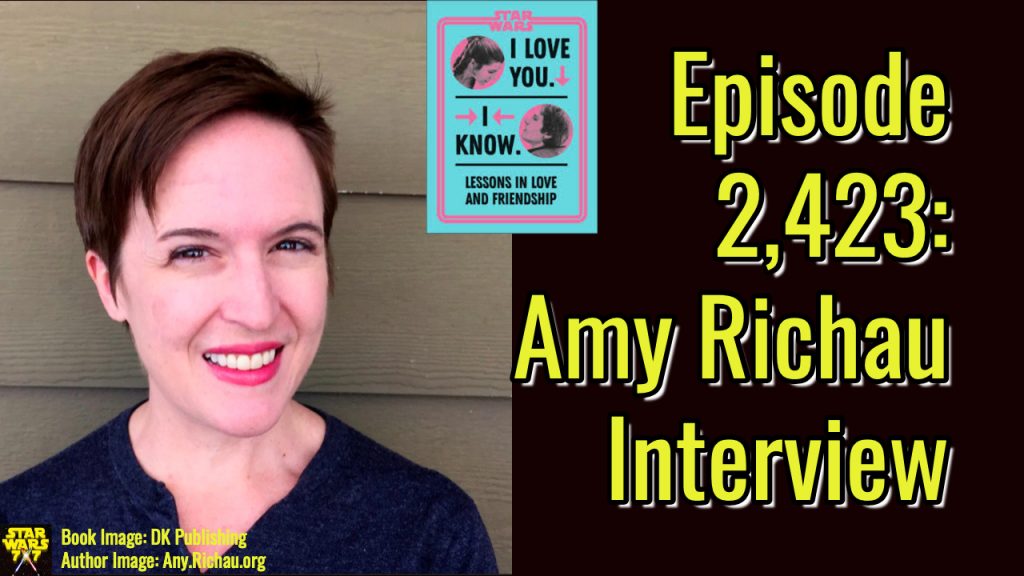 Amy Richau is the author of her first Star Wars book, “I Love You. I Know. Lessons in Love and Friendship”! And she’s back on the show to talk about the experience. Punch it!

Amy Richau is a regular contributor to the official Star Wars website (StarWars.com) and the magazine Star Wars Insider. Her work has also appeared in Nerdist, Screenrant, and she wrote about the Denver Broncos for several outlets over the years including Mile High Report.

She has a background in film history, analysis, and preservation from academic and archive work at UC Santa Barbara, The George Eastman House, the UCLA Film & Television Archives, YCM Laboratories, and The Lucasfilm Film Archive at Skywalker Ranch.

And here are the sites and socials mentioned in the show: