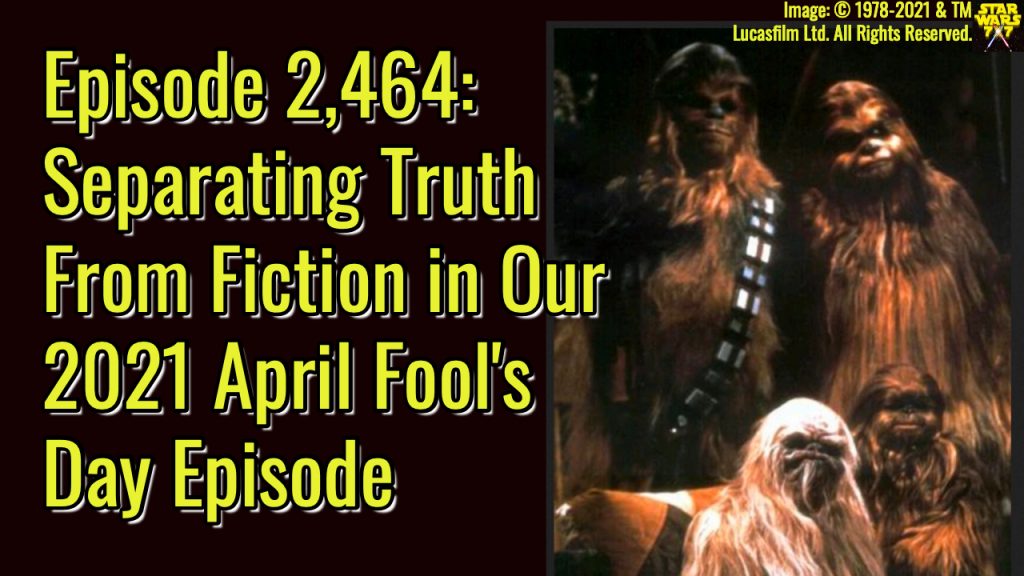 The April Fool’s Day episode is one of my favorites of the year! On today’s show, I’ll break down what was real and what was fake from yesterday’s “reveals.” Punch it!

In case you’re interested, here’s a look back at the episodes I did for previous April Fool’s Days: