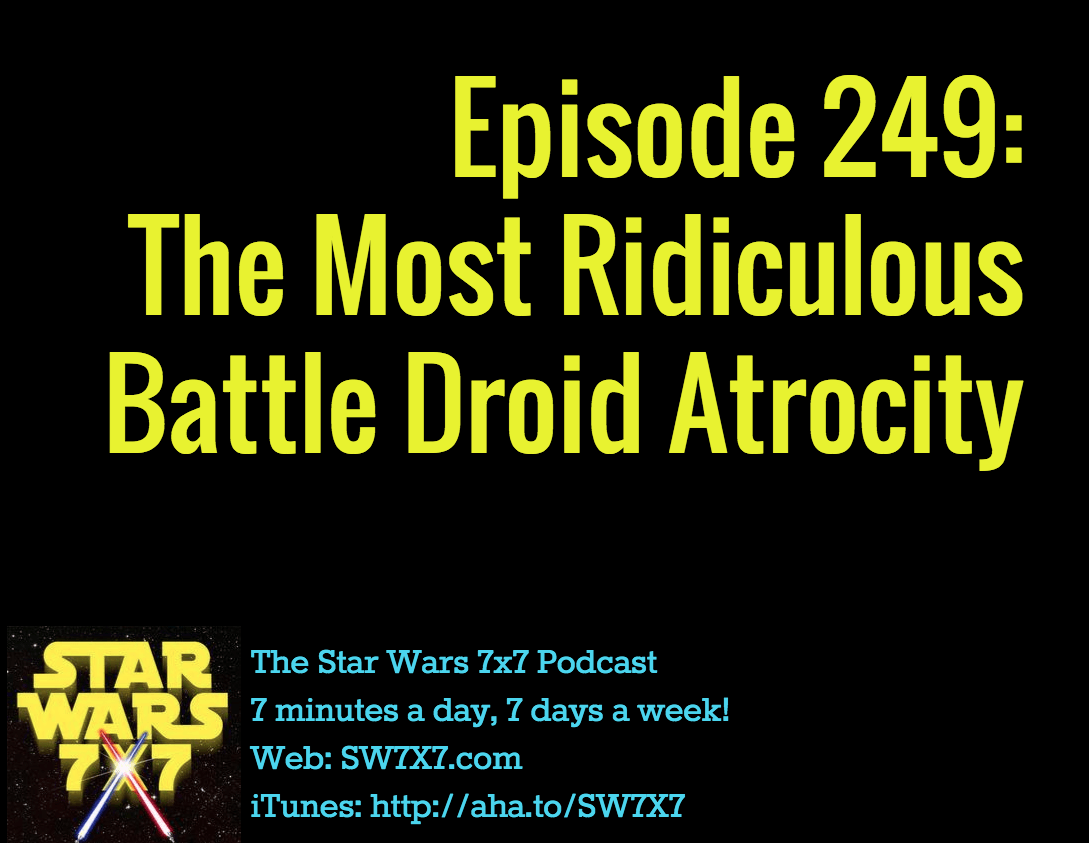 Continuing our series about the one thing YOU would change about any or all of the Star Wars movies! (Special Edition changes sold separately.) Today, our founding Patron Kevin Skarritt shares what he calls “One of the most ridiculous atrocities of all creation” – the battle droids. From the moment one of them uttered “Roger roger,” they immediately lost all credibility as villains to be feared, because they were just too cartoony.

Kevin’s take is that they should have been waaaaay more serious, and I, for one, agree. How about you? Have your say in the comments! (Image via Wookieepedia)

Happy 10th Anniversary Wookieepedia! Started in March 2005, the Star Wars wiki now boasts more than 117,000 articles on everything person, place, thing, and idea in the Star Wars universe, as well as the actors and behind-the-scenes folks who have made all types of Star Wars media possible. Wow!

Super Darkside Kombat T-shirt – click the pic for a close up and to get yours!

Today’s question: What type of vehicle is the XP-38?