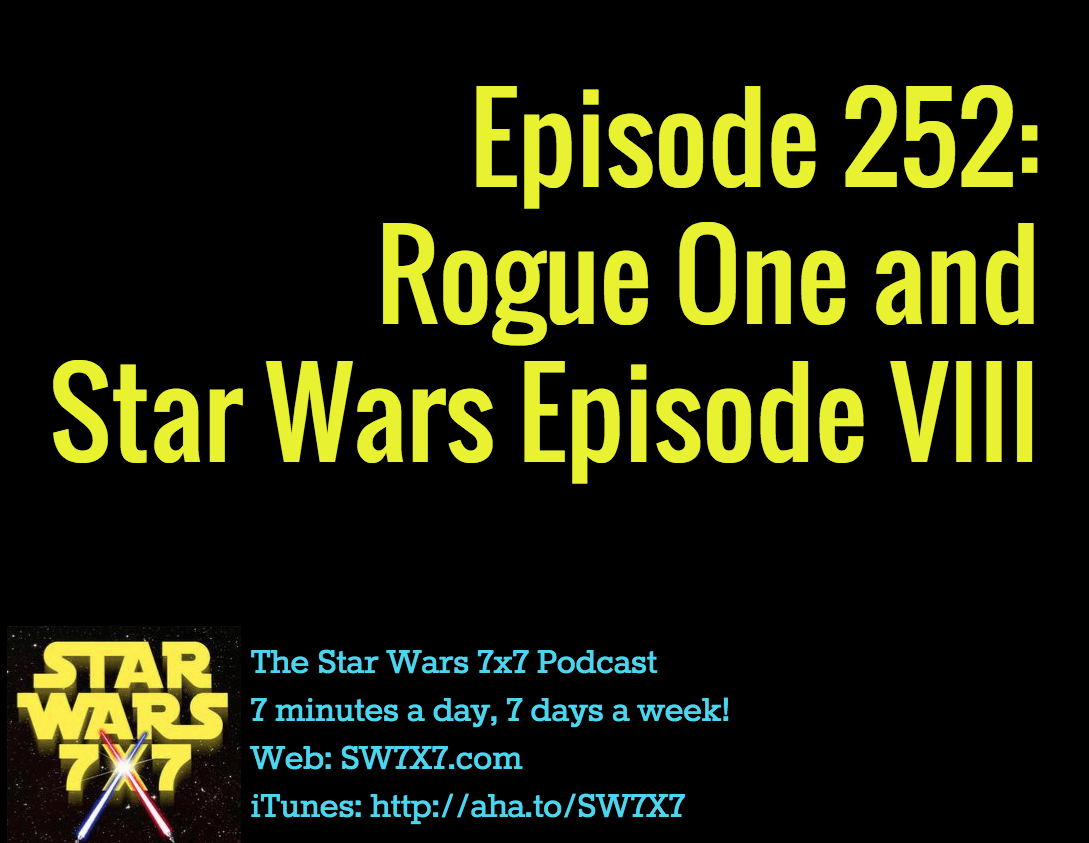 1. Rian Johnson has been officially announced as the writer and director of Star Wars Episode VIII. An open secret everyone knew at this point, just finally officially confirmed.

2. Star Wars Episode VIII will open on May 26, 2017. That’s forty years and one day after the release of Star Wars (now A New Hope) back in 1977. And a full seven months earlier than we expected to get it!

3. Felicity Jones has been confirmed as the first actress to be cast in the new Star Wars stand alone spin-off movie. Again, another open secret, just being made official.

4. The title of the first spin-off movie is Rogue One.

What does “Rogue One” mean?

Wookieepedia does note that Rogue Leader is sometimes thought of as “Rogue One,” but the term itself is not commonly used. And there was an instance in 3 ABY (in the Expanded “Legends” Universe where Wedge, then Rogue Leader, stepped down for a mission where Luke Skywalker took on the call sign of Rogue Leader. And on that mission, Wedge was “Rogue One.”

There’s a list of characters who have held the position of Rogue Leader over the years, and one name did jump out: Jaina Solo. The daughter of Han and Leia held the position in 40 ABY, and for those of you keeping score at home, The Force Awakens takes place in 34 ABY. Might we be getting stand alone movies between the sequels that actually take place between the sequels?

There’s been no timeline announced as to when/where the stand alone movie fits into the new canon, so for now, we only have speculation…

Meanwhile, here are a couple of solid articles on the announcement:

Entertainment Weekly – aside from the egregious error of referring to Luke as “Rogue Five” during the attack on the first Death Star, instead of the correct “Red Five.”

The Hollywood Reporter – thoughtful about the whole X-wing enterprise

Today’s question: What creatures did Han refer to when he said, “I thought they smelled bad on the outside”?