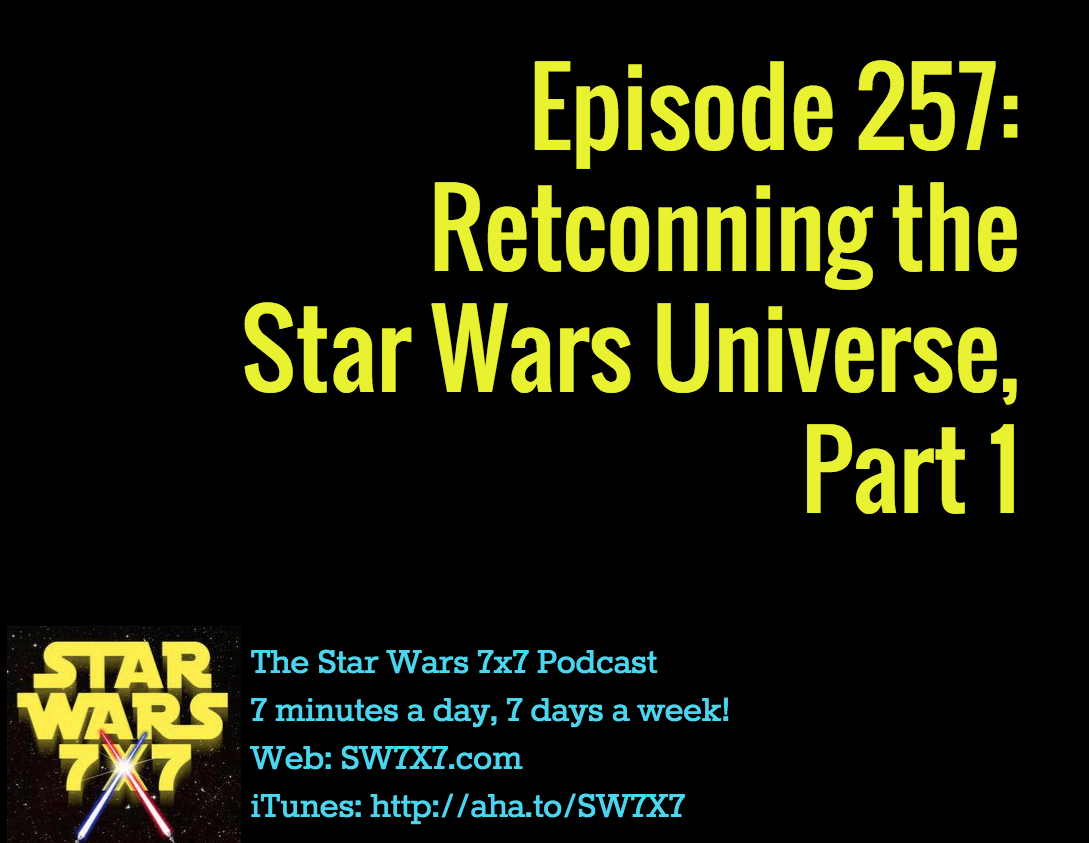 First off, here’s a great definition of “retcon” – retroactive continuity – from Wikipedia:

Retroactive continuity, or retcon for short, is the alteration of previously established facts in the continuity of a fictional work.

There are various motivations for retconning. The changes may occur to accommodate sequels or derivative works, allowing newer authors or creators to revise the diegetic (in-story) history to include a course of events that would not have been possible in the story’s original continuity. Retcons allow for authors to reintroduce popular characters and resolve errors in chronology.

Retcons are common in pulp fiction, especially in comic books published by long-established publishers such as DC and Marvel. The long history of popular titles and the number of writers who contribute stories can often create situations that demand clarification or revision. Retcons also appear in manga, soap operas, serial dramas, movie sequels, professional wrestling angles, video games, radio series, and other forms of serial fiction.

This hit home for me after reading this about Star Wars: Aftermath, one of the 20 new books coming out later this year as part of the “Journey to The Force Awakens”:

Aftermath will be the first book in a trilogy that begins to bridge the Star Wars timeline between Return of the Jedi and The Force Awakens. There is so much unknown between the Battle of Endor and the events of The Force Awakens, and we’re excited to take our first step into that space.

Also, the piece on StarWars.com notes that the trilogy talks about what happened in the “months” after the Battle of Endor. And I got to thinking about what that meant for the Thrawn Trilogy by Timothy Zahn, which takes place five years after Jedi. Those books are now “Legends,” too, but could they be co-opted into a new Star Wars universe as is? This is the first time I’ve found myself hoping so…

The range of feelings about the Legend-izing of the old Expanded Universe runs from excited to disgusted, and I’d love to know where you stand on that. Have your say in the comments! 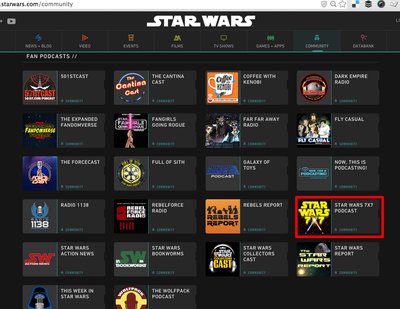 Did you see the news? We’ve been added to the official website! If you go to StarWars.com/community, you’ll find us listed among the other awesome Fan Podcasts (22 in all, including us). Thanks so much to Matt Martin at Lucasfilm for adding us, and Tim McMahon of The Expanded Fandomverse Podcast for pointing us in the right direction!

Star Wars Steering Wheel Covers – Darth Vader or Stormtrooper styles, click the pic for more details and to get yours!

Today’s question: What planet was referred to with the line, “If you’re saying coming here was a bad idea, I’m beginning to agree with you”?