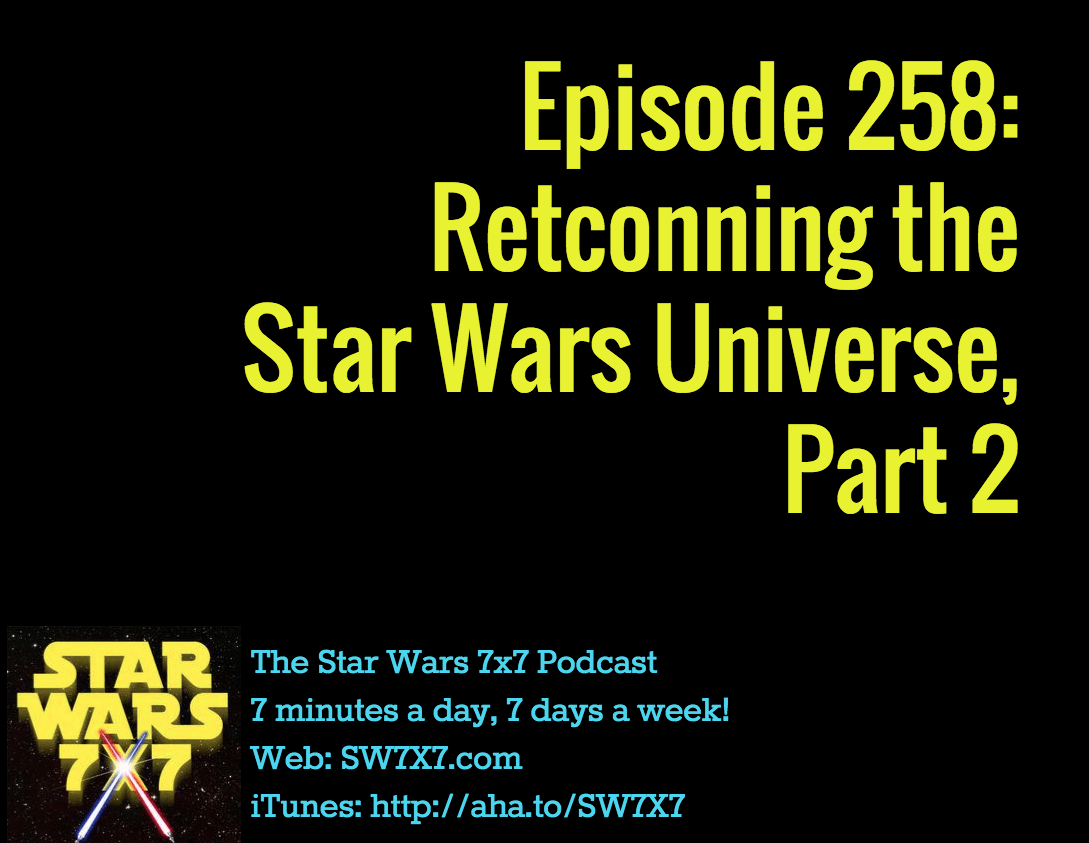 Here’s the scoop on the EU Timeline, via Wookieepedia:

The Star Wars Expanded Universe Timeline was created in 1992 by Joseph Bongiorno. It was originally a Word document that was periodically updated and sent to Bill Smith for West End Games and later Bob Cooper for Dark Horse Comics prior to its being presented online.
A continual work-in-progress, the chronology incorporates every published (and occasionally unpublished) story licensed by Lucasfilm in the Star Wars Universe, presented in the sequence in which the story occurs. It is broken down into sections by era as well as a “Complete History” section which incorporates every era.

So, what time period do YOU dig best? Have your say in the comments!

Star Wars: Rebels Plush Dolls – Ezra, Kanan, Zeb, Stormtrooper, Chopper, and Inquisitor (What?! No Sabine or Hera?!) Click the pic for more details and to get your (male) fave!

Today’s question: What were C-3PO’s first words of greeting to Jabba the Hutt?