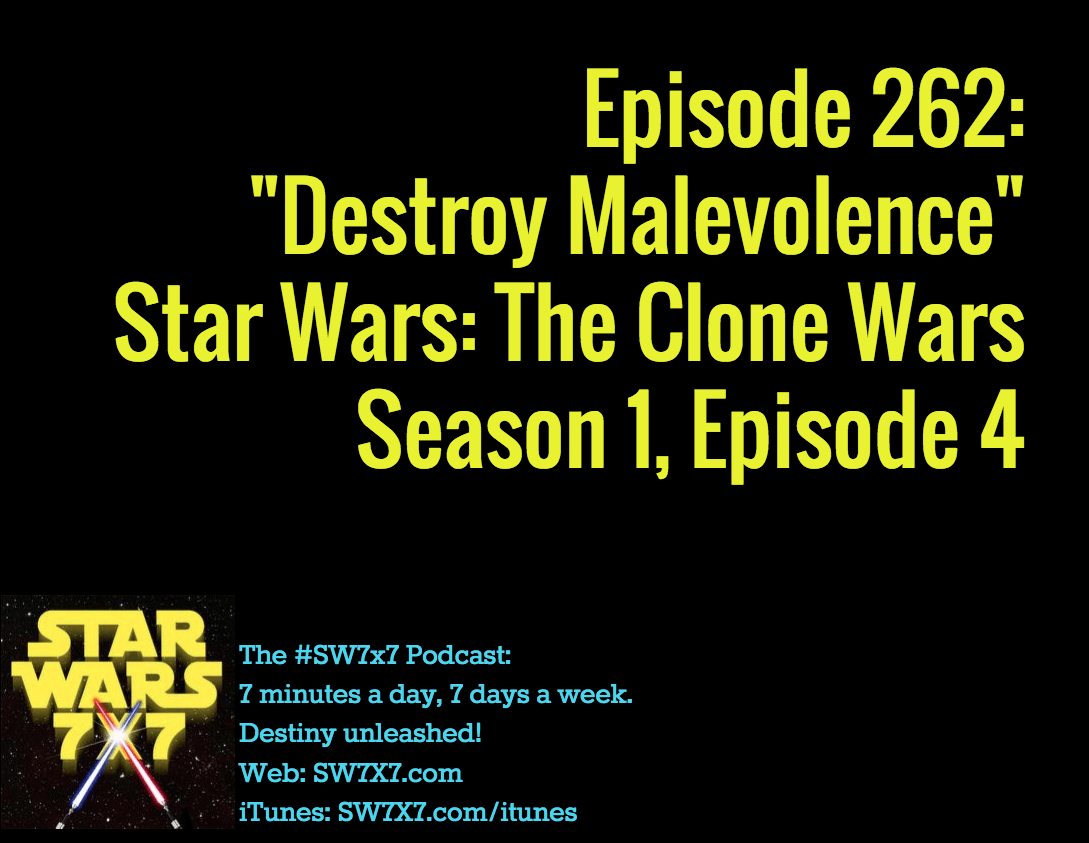 Here’s the plot summary of “Destroy Malevolence,” episode 4 of season 1 of Star Wars: The Clone Wars, which is also the final part of the 3-episode arc that started with “Rising Malevolence” and picks up right where “Shadow of Malevolence” left off…

Padmé Amidala and C-3PO are taken hostage by General Grievous, leaving Anakin and Obi-Wan to save the Senator and complete the destruction of the Malevolence. Anakin and Obi-Wan chase down the Malevolence, hoping to destroy it before it can escape. But when Padmé and C-3PO are captured and held hostage aboard, the Jedi are forced to hatch a new plan.

Here’s the question I wondered about – if you’re introducing someone (like your kids) to Star Wars, would you show them The Clone Wars cartoons after Attack of the Clones and before Revenge of the Sith? Have your say in the comments!

39 years ago yesterday (March 22), filming began for Star Wars Episode IV: A New Hope in 1976, in Tunisia. Can you BELIEVE it’s been that long?! Here’s George Lucas and Mark Hamill on the set all those years ago. It’s just amazing to look at those faces and realize they had absolutely no idea what was about to happen to them, little more than a year after this pic was taken…

Star Wars Potato Heads – Yoda, Stormtrooper, R2-D2, or Vader, click the pic for details and to get yours!

Today’s question: Whose last line in The Empire Strikes Back is, “It’s now or never”?