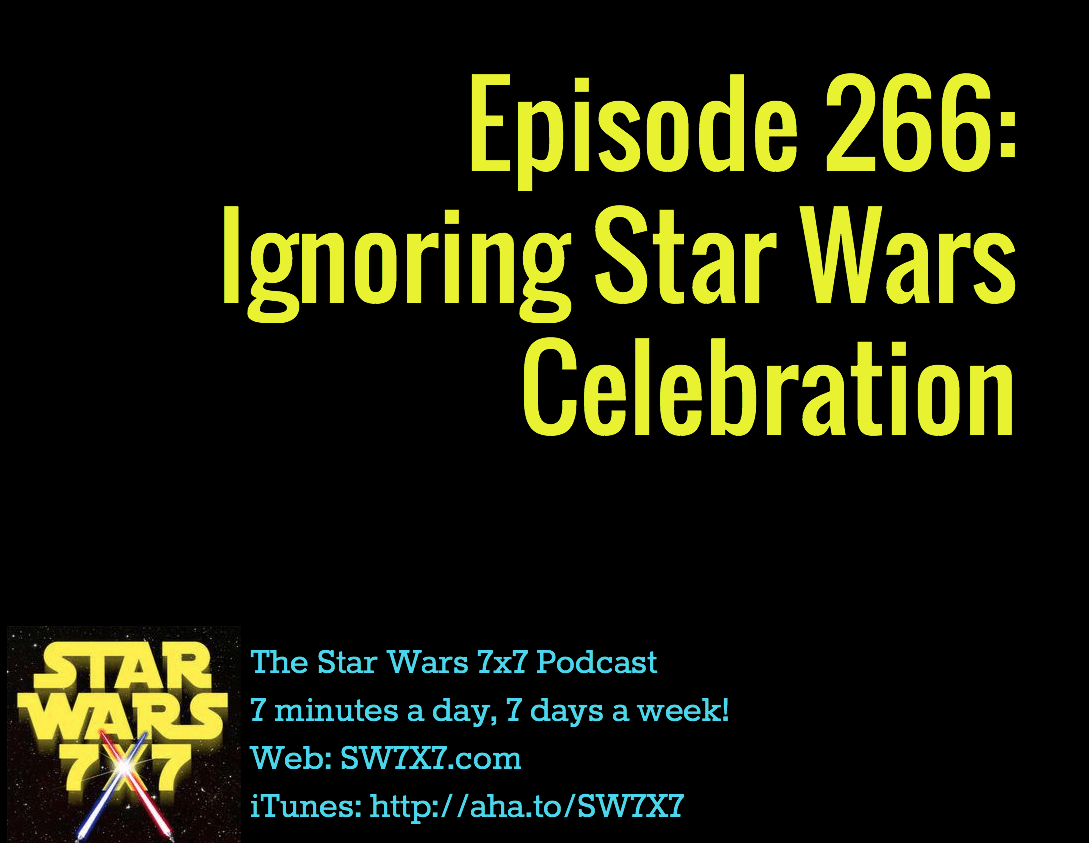 So this all started from the fact that I just realized there was a movie trailer for Star Wars Celebration, released on 11/14/14 – and I only just discovered it for myself yesterday.

I guess you could say I’d been ignoring the run up to Celebration in a sense. There wasn’t a lot of news to report until recently. But it’s pretty official by now that the seal has broken on this thing… 🙂

An exciting little number thing today! Docking Bay 94 on Twitter flagged for us that today is the day where our episode count and The Force Awakens countdown cross. We’re on Episode 266, and it’s 266 days until The Force Awakens opens in theaters. Yahooo! Now let’s blow this podcast and go home!

#starwars behind the scenes on the desert skiff pic.twitter.com/sD4iHWdSTk

Star Wars Storyboards – The Prequels – click the pic for details and to get yours!

Today’s question: How did Han and Chewie make a dishonest buck before they joined the Rebels?