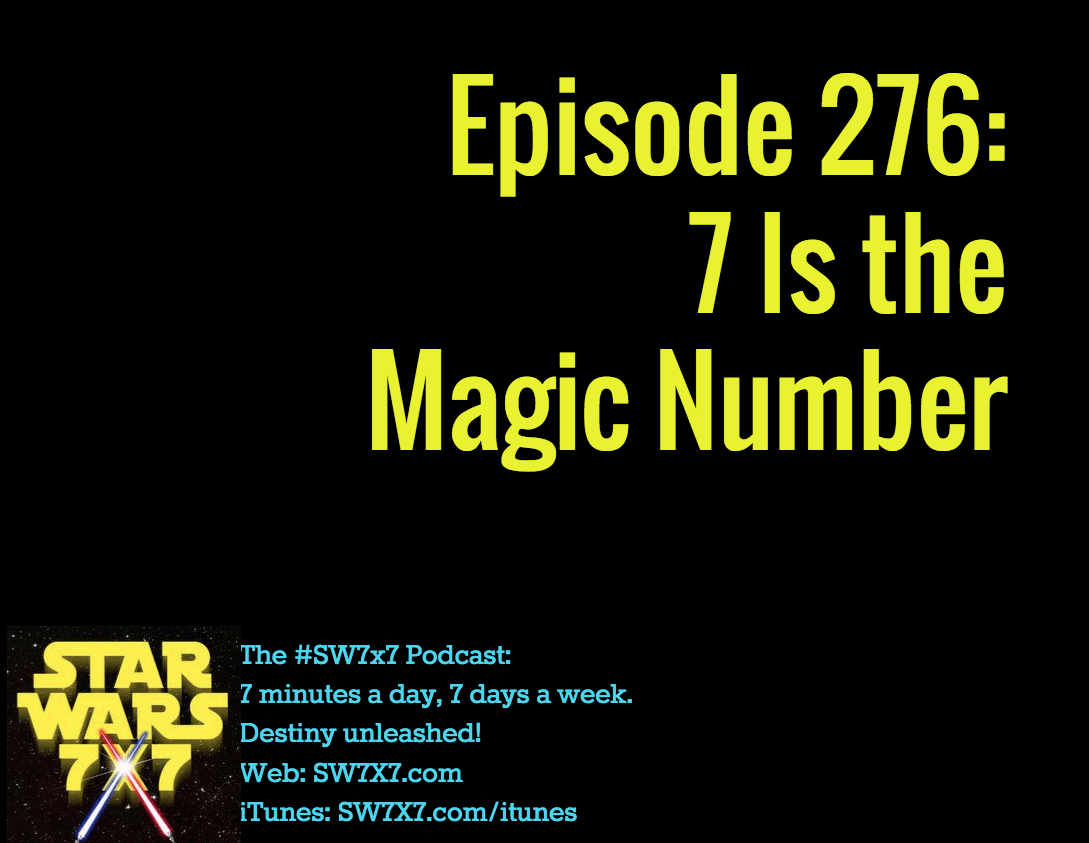 These are the first seven donating Patrons of the Star Wars 7×7 Podcast. (Yes, eight, but Jim and Diane are donating together as a couple.)

The commitment each of them has made to me and this podcast is so inspiring and uplifting. And the amazing thing about it is the journey from friends to strangers becoming Patrons of the podcast. It’s one thing to have people you know well step up and support you. To have complete strangers jump in – people whom I’ve only met through Twitter, or by joining in another podcast, but not (yet) met in person is a strange and humbling experience.

It’s a validation, a responsibility, an invitation to continue down the rabbit hole, with the knowledge that there’s something worthy to find and share.

So this is my public thanks to the first seven Patrons of the show.

7 is a magic number for me, considering we launched on 7/7/14; 1977 (the year I turned 7) being the debut of Star Wars; we’re all getting a 7th Star Wars film (don’t count the Clone Wars cartoon); and I’m going to the 7th US-based Star Wars Celebration in a couple of weeks, my first time ever.

These are some terrific milestones, and I’m excited to have hit this first goal and be on my way to even bigger and better goals, with the help of these first 7 Patrons who gave me my start in the world of podcasting.

Now it’s your turn. Check out all the rewards available to you when you support the Star Wars 7×7 podcast at Patreon now. And may the Force be with you! 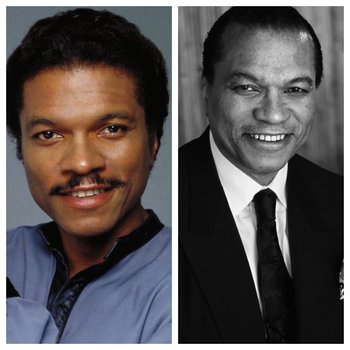 William December Williams. You know him better as Billy Dee Williams, and he’s celebrating a birthday today. Even better, he’s back in the Star Wars universe! First with a voice acting turn on Star Wars Rebels, and if the rumors are true, he may be back in action for Star Wars Episode VIII in May 2017.

I’ve said it before (though maybe not on the podcast), and I’ll say it again – Billy Dee plays Lando Calrissian so well that without him, the scene where Darth Vader is revealed on Bespin would not be nearly as shocking.

Star Wars Celebration Countdown Tip #11: Collect This! A Celebration Track Especially for the Hunters Among Us: http://t.co/ArhOekZCKh #SWCA

Retro Yoda Ladies’ Raglan 3/4-sleeve Tee – click the pic for details and to get yours!

Today’s question: What survival gear hangs on hooks behind the Falcon‘s holoboardgame couch?