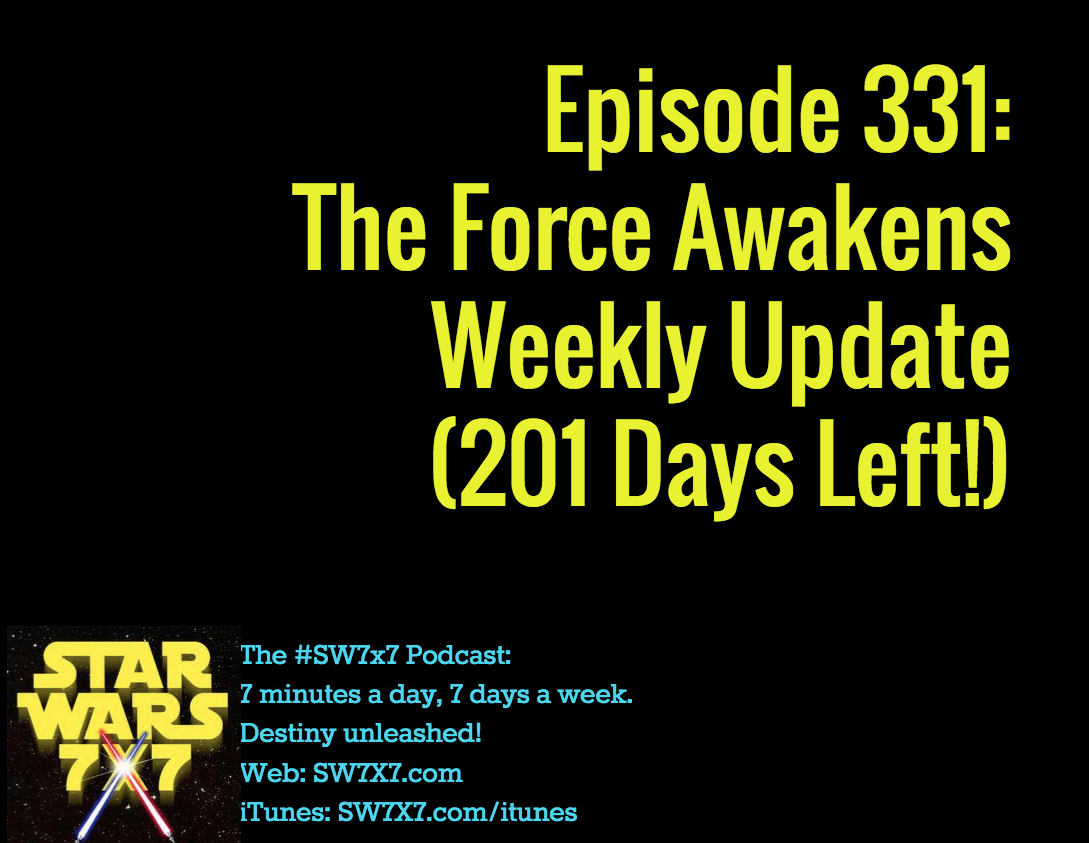 Big news in a casual reveal this week! Here’s all you need to know about The Force Awakens this time around…

From StarWars.com
Andy Serkis is revealed as Supreme Leader Snoke!

Finn and the lightsaber in his #SWCA concept art sketch (spoilers)

Star Wars Silk Ties – Rebel Logo Blue or Darth Vader Red, click the pic for details and to get yours!

Today’s question: Who was “sure” Luke wasn’t on the second Death Star “when it blew”?