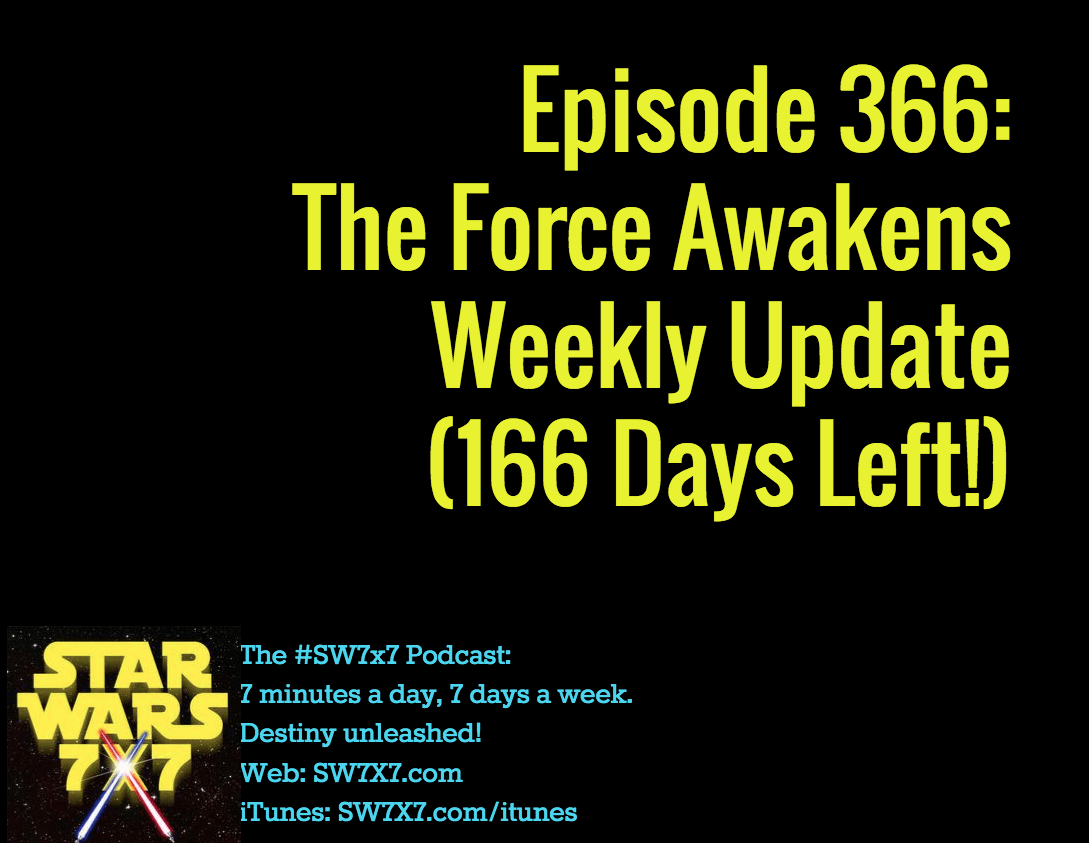 This being the week before San Diego Comic-Con, we thought it would be a quiet news week. We were mistaken! Here’s what’s going on in the run-up to The Force Awakens (note – potential spoilers in everything but the first two links):

Today’s question: What did the Ewoks bait their net trap with?