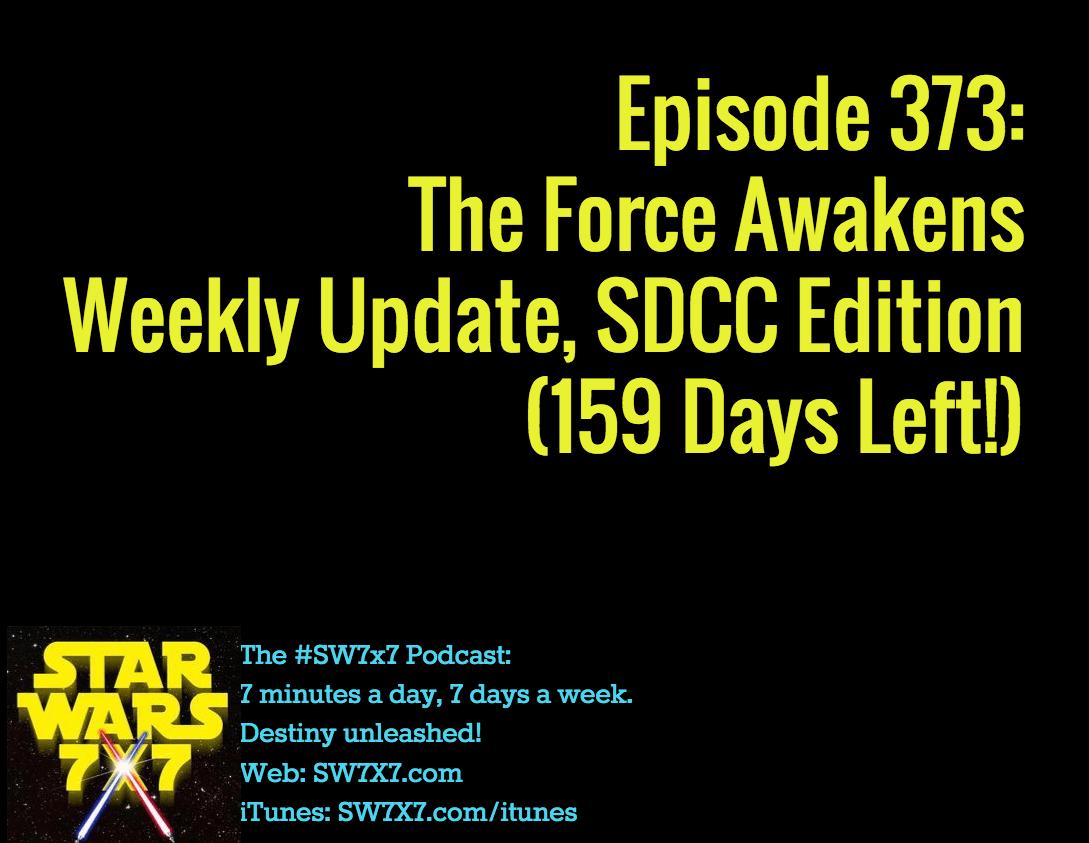 Yeah, so we didn’t get a trailer for The Force Awakens at San Diego Comic-Con, but we got something just as good, if not more so – a behind-the-scenes video that gave us a lot of tantalizing new information. And we’ve got links to everything for you! First up is the non-spoiler stuff – that is, everything that was officially revealed…

Entire panel and Behind the Scenes Video (via The ForceCast)

Star Wars Revealed: Everything We Learned About The Force Awakens at Comic-Con (The Daily Beast)

Interviews and photos with the cast (Star Wars 7 News)

And on to the spoiler-y stuff: