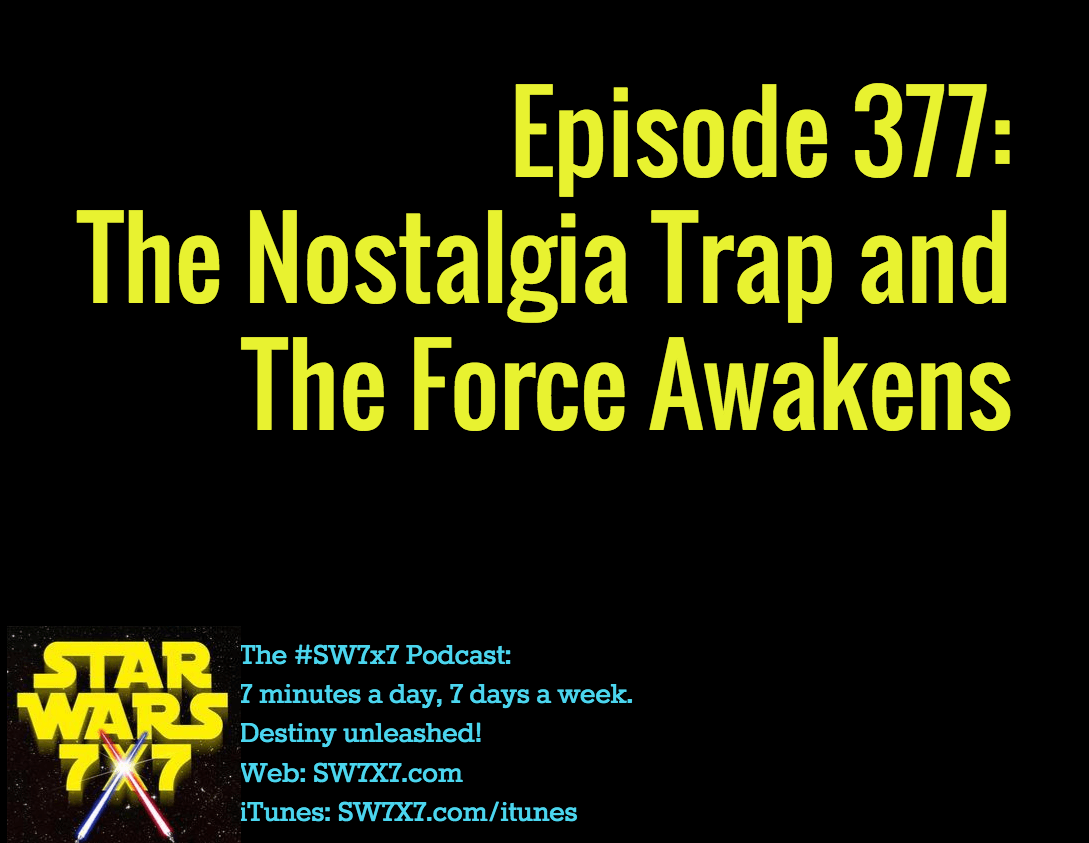 I was reading the live blog from The Force Awakens panel at San Diego Comic-Con, and this quote struck me:

STARWARS.COM TEAM July 10, 20156:00 pm
Fan question! How can they live up to fan expectation and the legacy of the originals? Abrams: “When you’re directing a scene on the Millennium Falcon, that doesn’t make it good…it’s storytelling 101…You can’t be blinded by [your feelings about the original trilogy]. I can’t wait to show you the movie.”

In light of the poorly reviewed Terminator: Genisys, which by almost all critic reviews trades on nostalgia and yet fails to deliver an interesting story, and Jurassic World, which also trades on nostalgia but has a better story to tell, hearing a quote like this from Abrams is heartening. Sure, the proof will be in the pudding, as the old saying goes. But you also get quotes like this one from Harrison Ford:

I never thought that we would do another. I was very gratified when I read the script because I read something that I thought was really remarkable, really well-written…I was very happy to be part of the story and the cast again.

They know the right things to say to us, at least…