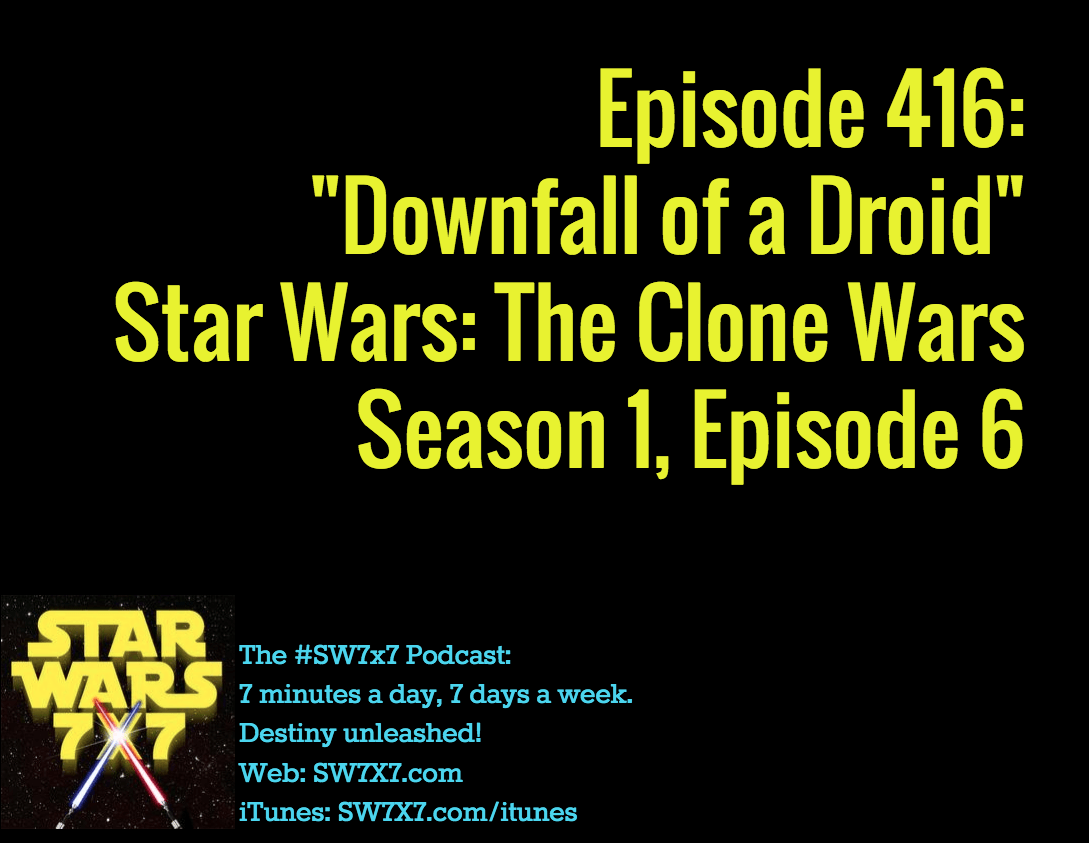 First of all, happy birthday to Kenny Baker! The beloved R2-D2 actor turns 81 years young today. If you happen to run into him today, wish him a great day for us, will you?


Funnily enough, this coincided with a few R2-D2 related things today. One of them being, our Patron Fred Butler asked us why R2-D2 doesn’t recognize Yoda in The Empire Strikes Back. Or vice versa, I suppose you could say. Well, it’s generally pretty common practice to wipe droids’ memories, and that could have happened anytime in the 23 years between Revenge of the Sith and Empire.

But at the same time, we’ve been talking about doing another Canon Catch-up episode here, and the next one up is “Downfall of a Droid,” episode 6 of Season 1 of The Clone Wars cartoon series.

Here’s the official description of the episode:

R2-D2 is lost during a fierce space battle – and Anakin, along with Ahsoka and a replacement droid, R3-S6, must find him before the Separatists discover the Jedi military secrets locked in his memory banks.”

Yes, it turns out that he wasn’t getting his memory banks wiped on a regular basis. So Anakin has to use a new droid, R3-S6 (Goldie, pictured at right). Goldie, frankly, sucks as an astromech droid, and causes all kinds of problems – problems that aren’t just accidental, as we shall see Meanwhile, we learn more about what Artoo can do in the episode, but just his unique nature, it seems very few people in the galaxy look at droids as individually memorable. Only Anakin and his son Luke seem to carry that personality trait. Does make you wonder what Artoo thinks of Darth Vader, though…

You can read the full-length description of the episode here!

Today’s question: What object did Princess Leia use to kill Jabba the Hutt?