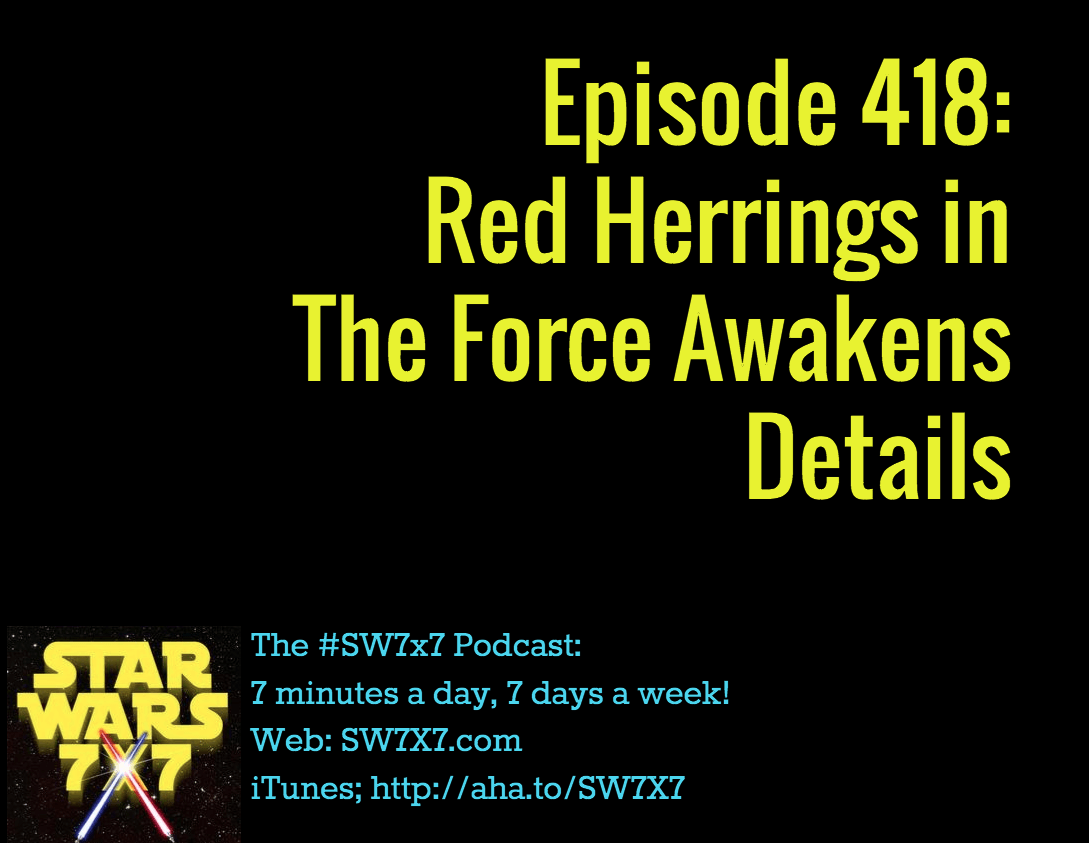 What if we’ve been fed a bunch of red herrings about The Force Awakens?

We’ve known for a while that misinformation was a possibility in regards to the leaks coming out of the Episode VII set, and considering what J.J. Abrams and company went through with the “Is it Khan?” business from Star Trek Into Darkness, we figure they’ve learned a lesson or two about how they play these kinds of reveals prior to a movie release.

But what if it’s all a ruse? Specifically, what if the fact that we don’t know Rey’s and Finn’s last names doesn’t mean that they’re part of the Skywalker family? What if that holding back of info is just to throw us all off? And the same with Kylo Ren?

Also, we’ve all jumped to a conclusion that the person Luke is speaking to in the voiceover for the second teaser trailer is, in fact, a Skywalker. But there’s nothing in the language that confirms it? He could easily be talking to somebody who’s not a Skywalker, but someone who is at the very least, strong in the Force.

What do YOU think? Is is possible we’ve all been fooled? Have your say in the comments!

Yesterday’s answer: His own

Today’s question: What did the Death Star’s thermal exhaust port lead directly to?