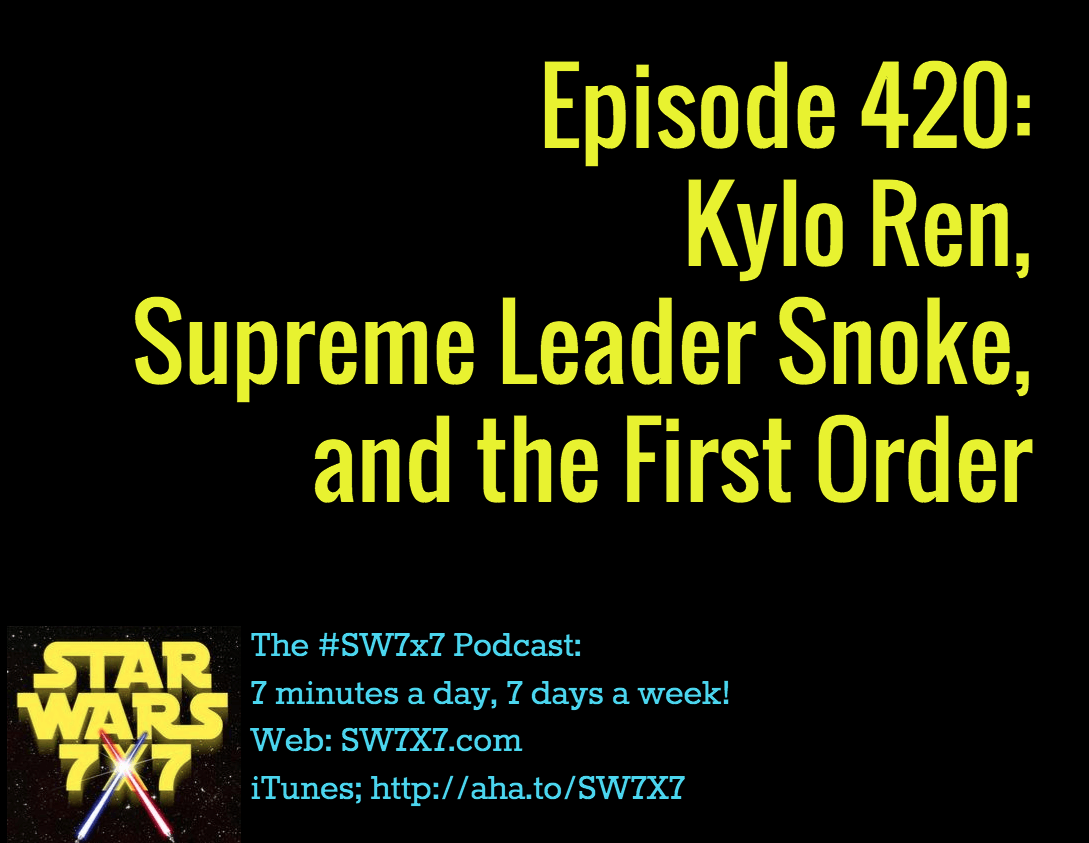 Okay, before we begin: As mentioned in the podcast, here’s the link to a casting call announcement for Episode VIII that lists the names of actors/characters appearing in Episode VIII. If it’s true and accurate, then you’ll officially know after reading it which (if any, or all) of the main characters survive the events of The Force Awakens. Oh, man…

Meanwhile, here’s what does get talked about on the podcast: These two quotes in Empire Magazine from J.J. Abrams. First, about the First Order:

That all came out of conversations about what would have happened if the Nazis all went to Argentina but then started working together again?’” Abrams reveals. “What could be born of that? Could The First Order exist as a group that actually admired The Empire? Could the work of The Empire be seen as unfulfilled? And could Vader be a martyr? Could there be a need to see through what didn’t get done?

This goes right to the heart of what we’d been talking about earlier this month, about the events in real-world history that had an influence on the Original and Prequel Trilogies. In short, seeing that there’s a basis in something historical is very, very encouraging!

The other bit is about Kylo Ren and Supreme Leader Snoke:

Kylo Ren is not a Sith … He works under Supreme Leader Snoke, who is a powerful figure on the Dark Side of the Force.

Which creates a whole new batch of questions. Like:

Are the Knights of Ren associated with the Dark Side of the Force, or is it just Kylo?

Now that we know Snoke is a bad guy, what’s his relation to the First Order? Kylo’s working for both the First Order and for Snoke, so there has to be some tie there.

If there are always two – a Master and an Apprentice – on the Sith side of the house, then who’s our second Sith villain?

Today’s question: What controls a Jedi’s actions, but also obeys his or her commands?