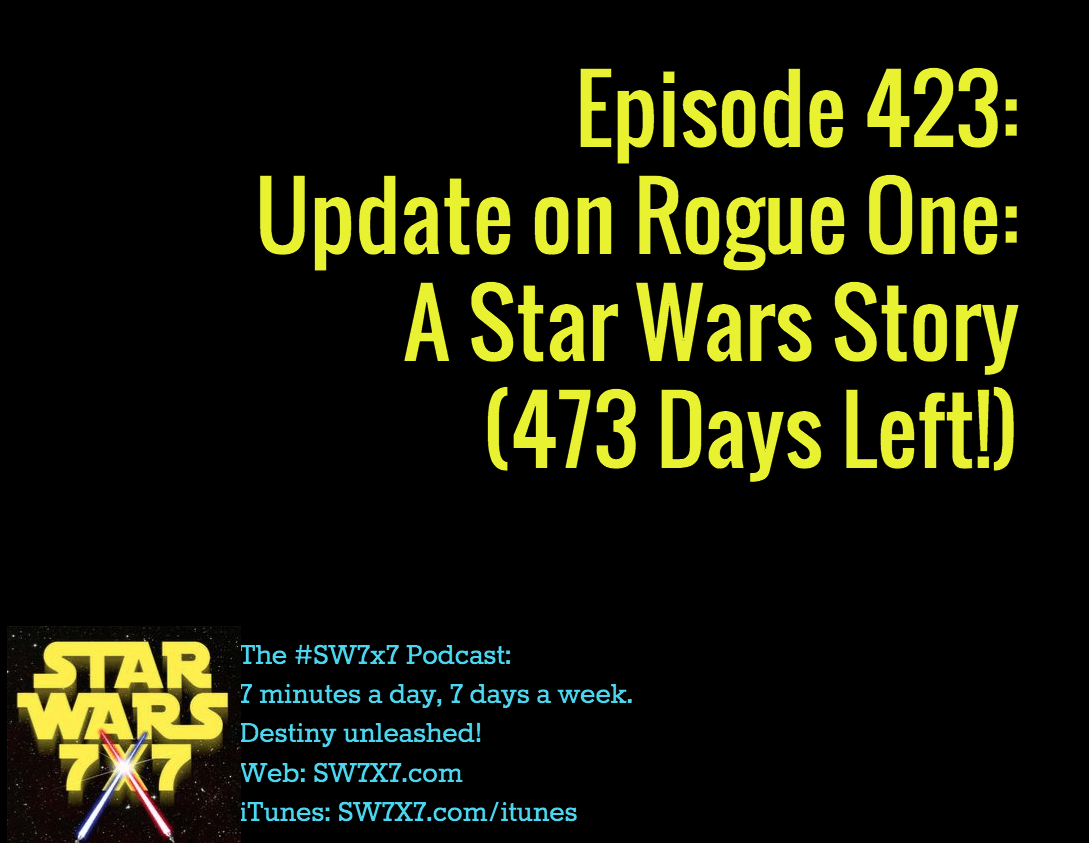 Welcome to our first standalone update on Rogue One: A Star Wars Story! There’s a mix of old and new here, to get you caught up:

Official press release about the start of shooting (via TheForce.net)

Possible use of 70mm film format (via Cinema Blend)

Mads Mikkelsen on his Rogue One character, plus locations and filming length (IGN)

First (unofficial) images from the set (via TheForce.net)

A digital Peter Cushing?! (via The Daily Mail)

Today’s question: Who threw a “land mine” (their phrase, not mine) into an Imperial walker during the Battle of Hoth?