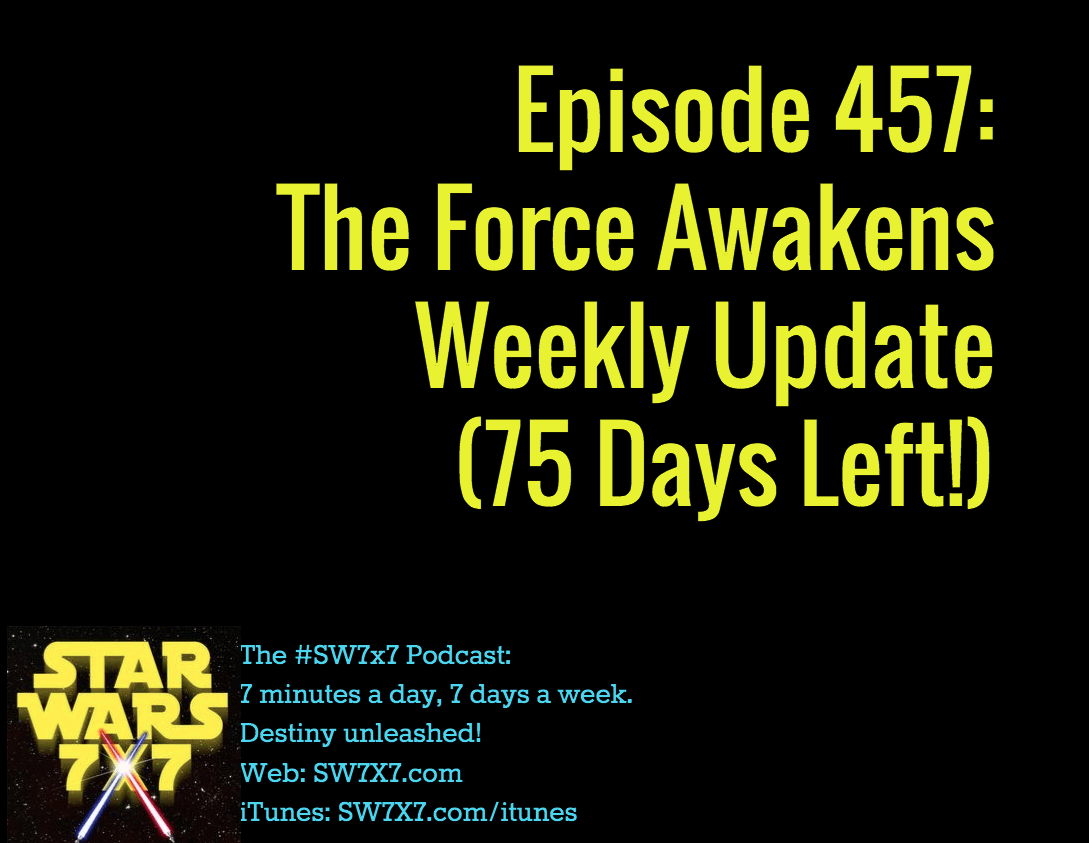 75 days left? We can do that standing on our heads, right? 🙂 Here’s all the news, rumors, and spoilers from the Star Wars universe that are fit to podcast this week:

Theory’s on Finn’s real name and background, plus why he knows about wielding a lightsaber (Cinelinx)

Fan theory on the meaning of Kylo Ren’s name, and what it might reveal about that character (Patrick Haney on YouTube)

Yesterday’s answer: Protocol (though we’ll give you “etiquette,” too)

Today’s question: What foot did Luke use to support Yoda while performing an acrobatic handstand?