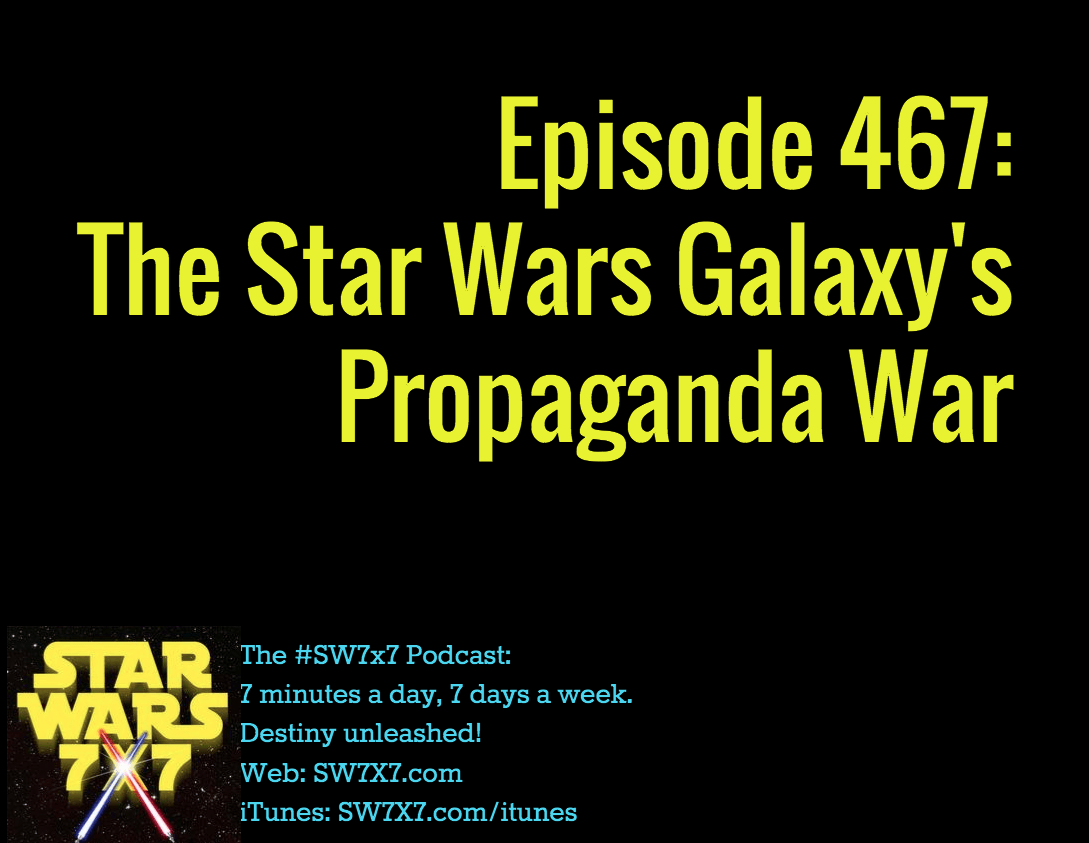 From Star Wars: Uprising to Star Wars: Aftermath and now Star Wars: Shattered Empire, the galaxy’s fate seems to be turning very much on the propaganda war between the Empire and the Rebellion – perhaps even more so than on the actual military battles. Tune into today’s podcast for the full scoop!

Today’s question: What city was small enough to escape notice by the Mining Guild?